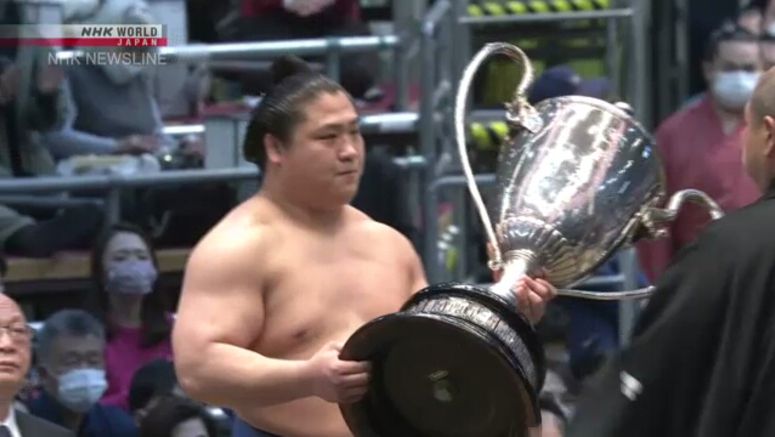 In sumo, newly promoted Sekiwake Wakatakakage has clinched his first championship after winning a playoff in the Spring Grand Sumo Tournament.

The wrestler, who holds the sport's third-highest rank, faced rank-and-filer Takayasu in the playoff after they both lost their bouts on the final day on Sunday and were tied with 12 wins and three losses.

This is the first time since 1936 that a new Sekiwake has won a championship.

Wakatakakage rose to the rank of Sekiwake after scoring more wins than losses in the last three tournaments.

He racked up wins with his signature sharp offensive from a low posture during the spring tournament.

He stopped Takayasu's winning streak on the 11th day and beat Takakeisho, who holds the second-highest rank of Ozeki, on Saturday.