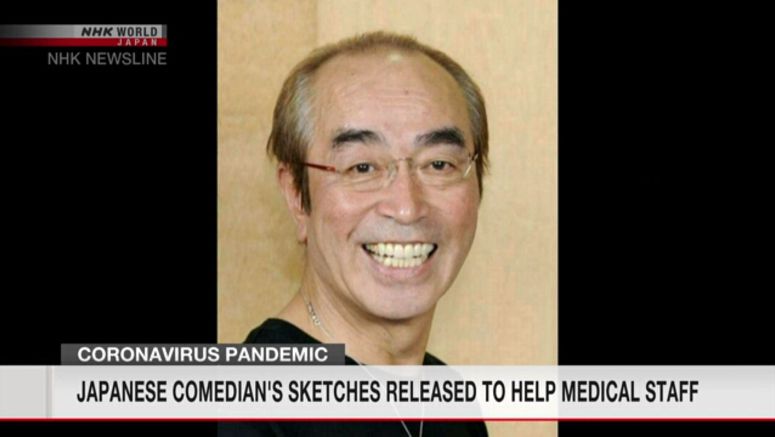 The office of iconic Japanese comedian Shimura Ken is uploading his vintage comedy skits on YouTube to raise fund to support health care workers amid the coronavirus pandemic.

Shimura died after contracting the coronavirus in March at the age of 70.

A number of classic automobiles have a lot of support from aftermarket companies, but that's not always the case. This can make finding replacement parts for rare or less popular models a daunting, if not impossible, task.

Lake District, U.K. – The Land Rover Defender is to Brits what the F-150 is to Americans. Or rather it was, before it got too expensive and the farmers all switched to Japanese pick-ups. The Defender was effectively put out to pasture, relegated to being a lifestyle trinket. And Land Rover's endless prevarication over replacing the Defender can be partly attributed to this dilemma: Should it be in the original's mold, a fix-it-with-hammers rugged utility vehicle? Or should it concede that market and instead become a premium premium-priced Mercedes G-Class rival? Meanwhile, while Land Rover had dithered, others have capitalized – not least Suzuki's Jimny, which nails the seemingly conflicting demands of the new Defender's brief in one cute, pint-sized package

So too is the Jimny priced at a level buyers in markets where it is offered can chalk up as a discretionary purchase. Dating back to the early 1970s, the Jimny has a heritage of its own to draw upon. But this lo-fi remix of traditional 4x4 tech and functionally slick styling has scored a bullseye for both utility users and the hipster brigade, both of whom place great value in authenticity.

CARLSBAD, California--Nasa Hataoka won the Kia Classic on Sunday at Aviara Golf Club for her third victory in her last 16 LPGA Tour starts.

The original Acura/Honda NSX is definitely a ride for purists. But if you get past its iconic status and resale value and invest some serious money upgrading it, monsters such as this one are born.

Nintendo has seen considerable success with its mini-consoles. The NES Classic was pretty hard to come by soon after it was released. It was a similar story with the SNES Classic. Both of these mini-consoles were very well received and Nintendo has sold tons of units. Sony wanted to get in on the action as well so it launched the PlayStation Classic. However, its mini-console hasn’t had that kind of success.

Merely a month after Sony launched the PlayStation Classic, it has now cut the mini-console’s price considerably. It was launched for $100 and is now widely available from different online retailers for $60. That’s a 40 percent price cut just a month after its launch.

There's no question the S660 roadster is one of the coolest cars Honda makes, period.

Nintendo hit its fans with a heavy dose of nostalgia in 2016 with the NES Classic mini console. It followed that up with the SNES Classic in 2017. Supplies have almost always remained tight, more so during the holiday season, and if you’ve been thinking about picking one you might want to get your hands on one soon before supplies run out. That’s because Nintendo has said that once they do run out, these mini consoles won’t be restocked.

Nintendo of America President Reggie Fils-Aime provided this confirmation in an interview with THR. This is the first year that both the NES Classic and SNES Classic are available in the same holiday season.

Feel that the Sony PlayStation Classic could have shipped with better games? Well, some notable console hackers have got your back. They have figured out how to hack this miniature console to run games off of a USB drive. This means that it will be possible to load games on the PlayStation Classic that are not originally included with it.

Some well-regarded members of the console hacking community have figured out how to hack the PlayStation Classic in order to run games from a USB drive, reports Ars Technica. They have been detailing the process of how it’s first necessary to dump the system’s code on an external machine. They discovered that the key to decrypt some of the confidential software elements has been hidden by Sony on the console itself.

Earlier this year, Sony announced the PlayStation Classic which was basically the company’s take on Nintendo’s series of “Classic” miniature consoles. The console also came with a bunch of games that were preloaded onto the console, although this list differed slightly between the Japanese version and the version the rest of the world got.

That being said, we imagine that this list of games probably wasn’t decided on the first pass, and that Sony probably had quite a few different ideas of what games to include before settling on the list that we know now. Now thanks to a datamine of the console, it seems that we have a rough idea of what games Sony was considering including on the console. According to the source code posted on GitHub, these games include:

With the success Nintendo saw with the NES and SNES Classic releases, it makes sense that the company would want to release new Classic consoles. In fact there have been trademarks and patent filings to suggest that such a console could indeed be in the works. Unfortunately it seems that it is only a pipe dream.

Speaking to Kotaku, Nintendo of America President Reggie Fils-Aime effectively shot down the rumors of an N64 Classic. When asked if he is ruling out the possibility of such a console, Fils-Aime was quoted as saying, “I would not ever rule something out, but what I can tell you is certainly that’s not in our planning horizon.”

Last month Sony officially announced the PlayStation Classic, seemingly taking a page out of Nintendo’s book of reviving older consoles in a smaller form. Sony did state that the console would come preloaded with games, but did not mention what they were, at least until now where the full lineup of games has been confirmed.