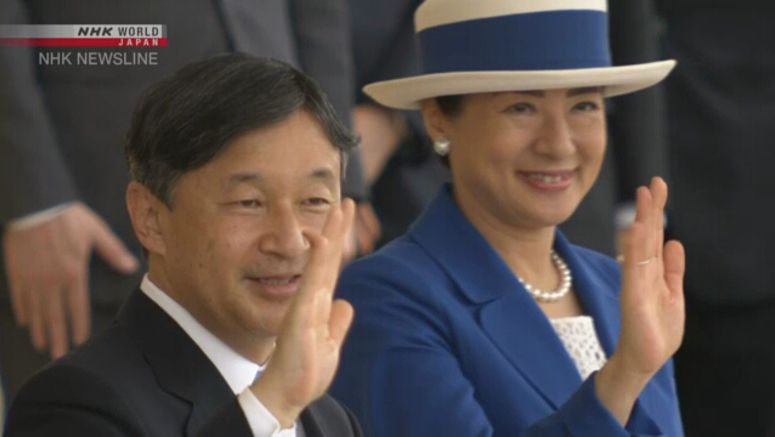 Friday marks one year since Japan's Emperor Naruhito ascended the throne. He has taken part in a number of ceremonies related to his accession over the past 12 months.

The Emperor proclaimed his accession in an enthronement ceremony in October during which he pledged to fulfill his responsibility as the symbol of the State while turning his thoughts to the people and standing by them .

Ahead of the Sunday occasion, the Emperor expressed his thoughts to the media. It was his first news conference since he ascended the throne last May.

Japan's Imperial Household Agency has canceled Emperor Naruhito's greetings to the public on his birthday on February 23 due to the new coronavirus outbreak.

The occasion would have marked the emperor's first birthday greeting since he ascended to the throne last May. 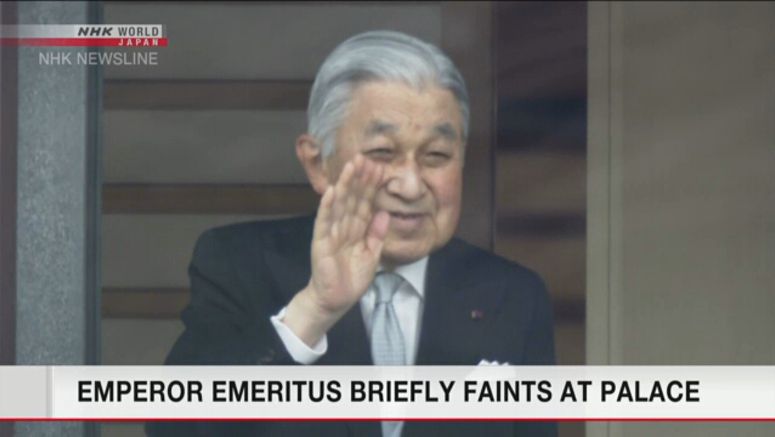 Agency officials say the 86-year-old Emperor Emeritus fell at his residence in the Imperial Palace compound. 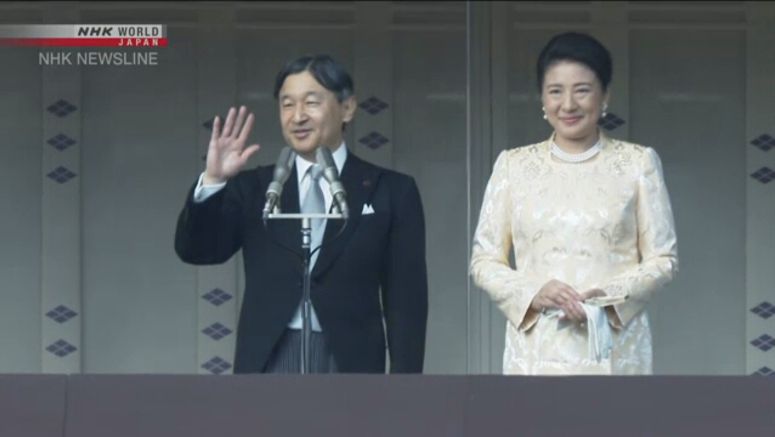 Buckingham Palace says Japan's Emperor Naruhito and Empress Masako will pay a state visit to the United Kingdom in the spring.

In a statement released on Tuesday, the palace says the Emperor and Empress accepted an invitation by Queen Elizabeth and that the couple will stay at Windsor Castle.

Emperor Naruhito and Empress Masako arrived in Miyagi Prefecture in northeastern Japan on Thursday to visit residents affected by Typhoon Hagibis in October.

The couple departed Tokyo's Haneda airport at 10 a.m. aboard a special plane.

Emperor Naruhito and Empress Masako are to visit the prefectures of Miyagi and Fukushima in northeastern Japan, both of which suffered major damage from Typhoon Hagibis in October. This is their first visit to disaster-hit areas since the Emperor's accession.

The Imperial Household Agency says the couple will fly to an airport in Miyagi on Thursday morning and receive a briefing on the situation in the affected areas.

It's his first birthday since he became Emperor Emeritus following his abdication at the end of April.

Emperor Naruhito and Empress Masako have visited the mausoleum of Emperor Meiji in Kyoto in a ceremony related to the Emperor's enthronement.

The Imperial couple arrived at the mausoleum on Thursday morning to report the completion of key enthronement ceremonies and rituals. The Emperor is a great-great-grandson of Emperor Meiji.

Emperor Naruhito and Empress Masako have visited ancestral mausoleums to report the completion of rites signifying the Emperor's enthronement.

The couple arrived at the mausoleum of the legendary first emperor of Japan, Jinmu, on Wednesday morning in the city of Kashihara in Nara Prefecture, western Japan.

The head of the Roman Catholic Church visited the Imperial Palace in central Tokyo.

The leader of the Roman Catholic Church entered the palace grounds from the main gate shortly before 11 a.m. Pope Francis was escorted by police motorcycles and patrol vehicles across the Nijubashi bridge.

Emperor Naruhito and Empress Masako have ended two days of ceremonies at Ise Shrine in central Japan to mark the completion of major rites signifying the Emperor's enthronement.

The Emperor, clad in a traditional robe, traveled in a horse-drawn carriage on Saturday morning to the Inner Shrine. It is dedicated to the Sun Goddess, the ancestor of the Imperial family according to legend.

Emperor Naruhito and Empress Masako arrived in Mie Prefecture from Tokyo on Thursday to visit Ise Shrine following the completion of rituals involving the Emperor's enthronement.

This is the Imperial couple's first trip to the shrine after the Emperor ascended the throne in May. Two of the three types of Imperial regalia were brought with them.