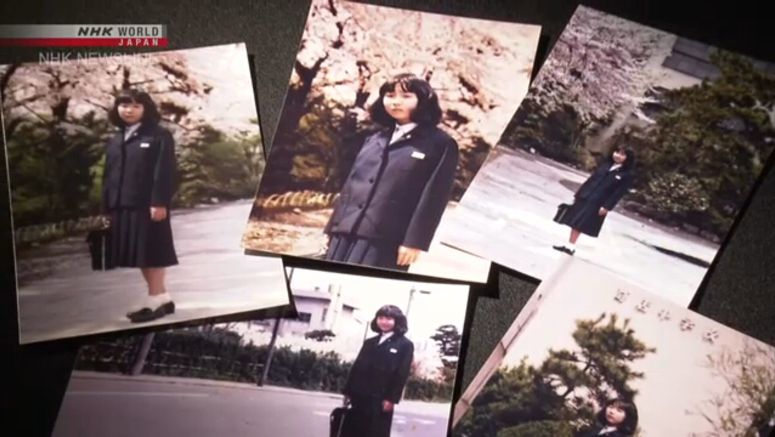 A film about Japanese people abducted by North Korea and the abductees' family members is set to be produced.

The film will deal with the abductees who have not returned to Japan. Megumi Yokota is one. She was abducted when she was a junior high school student.

A citizens' group has screened a documentary in Tokyo about Tetsu Nakamura, a Japanese doctor and humanitarian worker who was shot dead in Afghanistan.

About 200 people attended the event at a university on Sunday.

Protests are erupting over a decision by the organizer of a film festival in Kawasaki, near Tokyo, to cancel the screening of a documentary about those referred to as wartime comfort women.

The organizer of the Kawasaki Shinyuri Film Festival has called off showings of the film "Shusenjo: The Main Battleground of The Comfort Women Issue."

The Japanese animation production company Kyoto Animation has released its first new film since a deadly arson attack at one of its studios in July that killed 35 of its employees.

The film was released nationwide on Friday. At a movie theater in Kyoto City, many fans came to see it.

"The Truth," starring French actress Catherine Deneuve, was shot entirely in France. Deneuve plays a legendary film star, called Fabienne, who publishes a memoir that leads to revelations about her family.

Not even a devastating arson attack has prevented Kyoto Animation from delivering entertainment to its fans. Studio officials say they will release a new film in September. It will be their first movie since the deliberately set fire on July 18 sent shock waves around the world.

The film is titled "Violet Evergarden Side-Story: Eternity and the Auto Memories Doll". The story revolves around a young woman who is an ex-soldier. She learns about love and acquires emotions by writing letters for others.

As Olympic fever swells in Tokyo, people are getting a chance to see a long-lost documentary about the first time the capital hosted the Paralympic Games.

"Tokyo Paralympic Ai To Eiko No Saiten," or "Tokyo Paralympics: Festival of Love and Glory," documents the lives of foreign Paralympic athletes in 1964 and how they give hope to the Japanese athletes as they get to know each other.

It's been a wild 15 years for both the video game and the track, so the folks at Sony put together a 19-minute video on how the 'Ring and the game have changed.

There’s a lot that you may want to blame millennials for and now you can add the return of monochrome film to that list. Fujifilm today announced that it’s going to bring back its black-and-white film due to demand from “millennials and GenZs.” The company had actually stopped production of its monochrome film over a year ago.

Fujifilm says that its new Neopan 100 Acros II film is being developed based on feedback from the aforementioned demographic and that they’re the new “film enthusiasts,” so it’s catering to them by relaunching a monochrome film.

A Japanese animation company and the International Olympic Committee say they are collaborating to create an animated short film to share the Olympic spirit with young people ahead of the 2020 Tokyo Games.

Studio Ponoc and the Olympic Foundation for Culture and Heritage made the announcement on Monday at an international animation festival in the southeastern French town of Annecy.

The award is often called the Oscar of animated films.
The category is for films shown at fewer than 1,000 theaters in the United States.

Lexus' lighter, faster and meaner-looking RC F Track Edition is coming as a more daring rival to the likes of the BMW M4, Audi RS5 and Mercedes-AMG C63.

Acura is returning to the Sundance Film Festival on January 25 through February 2, as leading actors, writers and directors will be interviewed by filmmaker Kevin Smith at the IMDb Studio at Acura Festival Village, located at Swede Alley at 5th St.