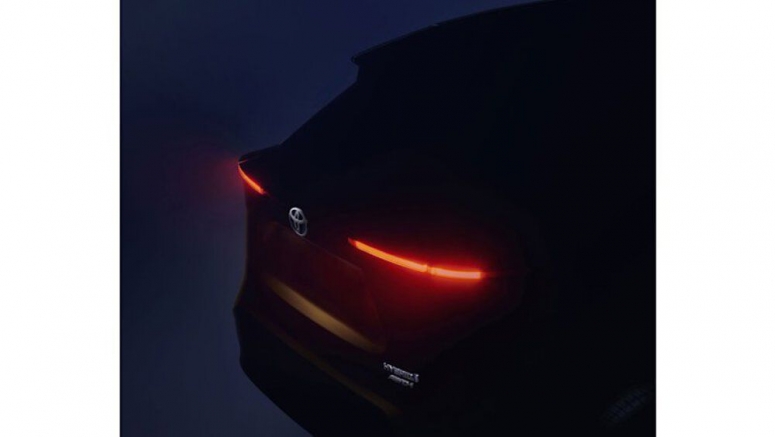 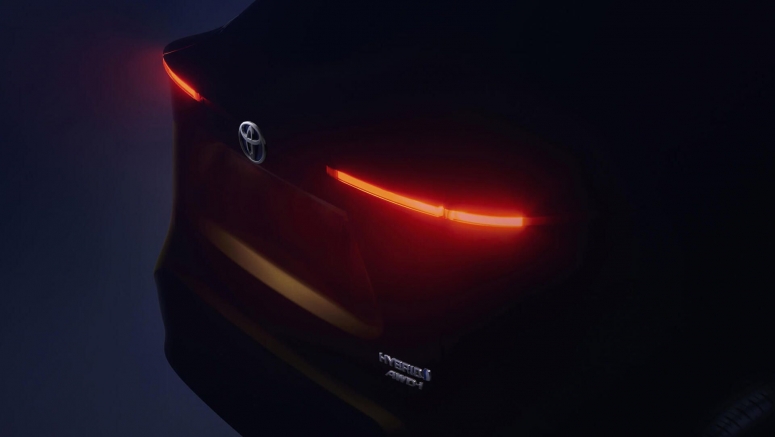 As of this year, Toyota will have yet another small SUV in its lineup which will slot under the C-HR and will share underpinnings with the new Yaris.

In this week's Autoblog Podcast, Editor-in-Chief Greg Migliore welcomes the newest Autoblog staffers, West Coast Editor James Riswick and Assistant Editor Zac Palmer. First, the trio talk about the cars they've been driving: the 2019 Jaguar I-Pace and the 2019 Lexus LX 570. After that, they recap the exciting 2019 Geneva Motor Show, and all its highlights, disappointments and oddities. Then they answer some listener mail about the new Toyota Supra before closing the podcast with the Spend My Money segment.

As more and more customers move into the crossover segment, the less the segment is one-size-fits-all, or even three-sizes-fit-all. As such, Mazda has taken the opportunity at the Geneva Motor Show to offer a new, "just right" crossover to its lineup. The 2019 Mazda CX-30, as it's called, slots between the diminutive CX-3 and the compact CX-5 crossovers.

The CX-30 shares the "Kodo" (meaning "soul of motion") design language Mazda does so well, and the execution here is excellent, too. We love the long hood and simple but elegant curves, the way the light reflects off the sides in dramatic waves. Its no surprise that Mazda chose its Soul Red Crystal to show off the new model.

Nissan has been busy with its electrified vehicles of late. Its cadence for revealing new production and show cars has been steady since the launch of the current-gen Leaf. Just in the past few months, we've seen the new Leaf Nismo RC race car and the IMs concept, and we've already driven the new, long-range Leaf Plus. Hot on the heels of all of that, Nissan is giving us yet another electrified vehicle, unveiled at the Geneva Motor Show, called the IMQ crossover concept.

The IMQ is the third concept to bear the "IM" initials of Nissan's Intelligent Mobility campaign, following the IMx crossover and the aforementioned IMs. Unlike the last two, which were 100 percent electric, the IMQ is a series hybrid using Nissan's e-Power technology. All four wheels are driven solely by electric motors, providing a total of 335 horsepower and 516 pound-feet of torque. Instead of plugging the IMQ in, though, it uses a 1.5-liter turbocharged gasoline engine as a generator to charge the battery.

The video and image pack Toyota has released of the new Supra GT4 concept show a neat and stylishly made racer, with different aero and livery compared to the racing car concept of a year ago; interestingly, the race car retains the Supra's dashboard screen. The concept previews the customer motorsports version of the fifth generation Supra, aimed for privateers in endurance racing. The Supra GT4 will be seen at the Nürburgring 24 Hours race this year, and in 2020, the GT500 class car will take part in the Super GT series. That particular racing version was shown in early January before the Supra's Detroit debut.

The 2019 Geneva Motor Show kicks off next week. Along with the usual slew of supercars and a whole array of forbidden fruit like the new Peugeot 208 and the Volkswagen T-Roc R, we'll see the usual batch of concepts. At last month's Detroit Auto Show, Nissan revealed the IMS EV, a sleek all-electric sport sedan. It was a bit odd to see an automaker reveal a sedan in the midst of crossover fever, but it seems the Japanese automaker has another card up its sleeve. Look for the Nissan IMQ crossover concept to debut next week.

We don't have any details on the new model, but the single sketch shows it will look a hell of a lot like the IMS concept. The biggest differences we can see are the longer roof and the taller ride height, but it's so hard to glean details from concept art. We'll have to wait for the full debut next week.

Mitsubishi will display a host of new cars at the 2019 Geneva Motor Show. Among them, visitors will see the Engelberg Tourer Concept, in a world premiere.

The latest installment in Subaru's Viziv line of concept vehicles is set for a reveal at the Geneva Motor Show next month. It's called the Viziv Adrenaline, and it'll add to a pair of electrified "e-Boxer" models on display, possibly the e-Boxer version of the Forester and a Crosstrek plug-in hybrid, which is branded as the XV in Europe.

We're limited to this darkened, front three-quarters view for clues about the Viziv Adrenaline. It appears to be a two-door, raised crossover with bulging quarter panels, an interesting undulating belt line and plenty of creases for a rugged look. It also appears to sport futuristic-looking rearview cameras in place of conventional mirrors, and the LED headlights look pretty close to the ones found on last year's Viziv Tourer. Also, two cutouts at the top of the hood may indicate the presence of a combustion engine. Given that this is called the Viziv Adrenaline, are we looking at a performance model?

Ferrari is getting ready to reveal a new mid-engine supercar with a hybrid powertrain that combines a twin-turbo V8 with an electric motor.

A mysterious electric SUV isn't the only vehicle Mitsubishi is bringing to the Geneva Motor Show. The company is also showing a refreshed 2020 Mitsubishi Outlander Sport (or ASX as it's known in some markets). And yes, despite the fact the Outlander Sport hasn't been completely redesigned since its introduction in the 2011 model year, Mitsubishi is only giving it a mild update.

Up front, the entire fascia is changed with all-new headlights, grille and front bumper. It's all more angular, and appears to be a blend of the Eclipse Cross and that electric SUV concept teased recently. It's easily the most successful part of the refresh. The sides are unchanged save for some chrome fake fender vents. The back features new LED taillights and a rear bumper with a faux skid plate rather than a faux diffuser.

Mitsubishi will unveil its significantly updated ASX compact SUV at the Geneva Motor Show next month.

Subaru is planning to reveal two new models with a hybrid powertrain at the upcoming Geneva Motor Show.

Subaru will be bringing two electrified "e-Boxer" models to the Geneva Motor Show next month, as Autocar reports. While the manufacturer hasn't announced which models these electrified cars will be, it is likely that at least one of them will be the e-Boxer version of the Forester, which Subaru showed at the 2019 Tokyo Auto Salon.

Another possible model for the Geneva unveiling can be the Crosstrek's hybrid version, branded XV for the European market. The hybrid Crosstrek is Subaru's first PHEV model, and it uses Toyota's 8.8-kWh battery pack mated to a 2.0-liter boxer engine.