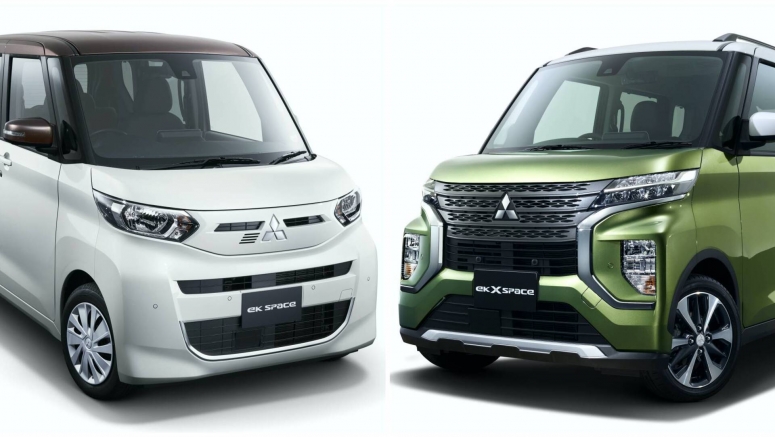 GIRRAWEEN, Australia — In 1994 I lived in Surry Hills, a suburb of Sydney, Australia. Back then, Surry Hills was artsy, edgy, and most important, cheap. One day I looked out my bedroom window and saw, parked in front of an office, a dark gray coupe. This lead-hued peril lurked behind a passing stream of subcompacts, utes, and round-edged Holden Commodores and Ford Falcons like a barracuda among the cast of "Finding Nemo." I had no idea what it was. I called my Australian roommate over to make a positive ID. He chuckled and said, "That? That's Godzilla," then walked away. I'd met the R32 Nissan Skyline GT-R — "Gran Turismo Racer."

Australia's Wheels magazine had christened the Skyline GT-R "Godzilla" in the July 1989 issue, after the Japanese had already taken to calling the car obakemono, meaning "monster." In 1990, Nissan Motorsport Australia (NMA) entered one of the all-wheel-drive, twin-turbo howlers in the Australian Touring Car Championship. The R32 won one race.

SKE48 will release their new single "Stand by you" on December 12.

Honda recently renewed its U.S. trademark for the name "CDX," which the Japanese carmaker first applied for in 2015. Back then, observers expected the name to apply to an Acura version of the Honda HR-V, and they were right — but no one expected the CDX would go on sale only in China, in 2016.

For the past two years, the U.S. auto media has speculated on whether the CDX will ever make it here.

Lexus will debut the production model of the UX subcompact crossover at the Geneva Motor Show in March, according to a newspaper interview with Lexus Norway CEO Knut-Erik Jahnsen — from Dagens Næringsliv:

Later this year comes a model that will provide more sales in the small niche brand. A smaller SUV will be presented during the Geneva exhibition in March, and Jahnsen has a goal of selling 1500 to 2000 cars in two years, as part of the brand’s goal of selling 100,000 cars in Europe at the same time.

Ichiro Suzuki stayed in fine form as the leadoff hitter for the Miami Marlins in their 10-3 win over the Minnesota Twins on Thursday.
The veteran went 2-for-5 with an RBI while playing in right, and has hit safely the past four straight games as a member of the starting lineup. Suzuki also has three consecutive multihit games.

Honda Australia is on a brand-rebuilding mission, with the Japanese company having set its sights firmly on compatriot Mazda, in the battle of the brands.

Mazda Motor Corporation began accepting reservations for pre-sales discussions for the all-new Mazda Roadster (known as Mazda MX-5 outside Japan) via a dedicated website from noon today in Japan. The manufacturer's suggested retail prices will range from 2,494,800 yen to 3,142,800 yen (tax included).

When is a Honda Fit not a Honda Fit? When it's a Honda Jazz. In other markets around the world, our pleasant little Fit hatchback uses a jazzier nomenclature, but what you're looking at here isn't simply a rebadged version of the car we know and love.

Nestlé Japan will soon begin using a humanoid robot to sell Nescafé machines as part of its ongoing effort to enhance brand engagement with consumers in Nescafé’s biggest market. Nescafé will use the humanoid robot Pepper to sell Nescafé Dolce Gusto and Nescafé Gold Blend Barista coffee machines in home appliance stores in Japan starting in December. Pepper is the first robot in the world that is able to read and respond to human emotion.

Panasonic VIERA - The 1st televisions with Freetime built-in.
The freedom to watch what you love, when you like. 7 day Roll Back TV Guide, the most popular On Demand services and so much more.

Despite the track temperatures climbing to a high of 57?C during the session, both our drivers were comfortable in the opening exchanges, with Daniel easing through to Q2 in second position behind fastest man Rosberg. It wasn't as smooth a session for Hamilton. The Mercedes driver suffered a heavy crash 10 minutes into Q1. He braked for the Sachskurve but his front-left locked and he spun off at high speed, hitting the barriers hard. It was the end of his session.

Sony mobile is expected to make a new flagship Android-based device official at the IFA 2014 show in Berlin, in the form of Xperia Z3, and some info on the handset’s availability appears to have leaked online.

The new AS802 VIERA TV offers an impressive viewing experience combined with a stylish and premium design.
It also comes with Freetime built-in, which means you have the freedom to watch what you love, when you like.

Coronavirus may hit Toyota supply chain to its 16 Japan factories

TOKYO — Toyota on Wednesday said that operations at its plants in Japan may be affected by supply chain issues linked to the new coronavirus outbreak in the coming weeks, as the global outbreak gathers pace.The automaker, which operates 16 vehicle and components sites in Japan, said that it would...more

Prime Minister Shinzo Abe has said the government is planning to ask all elementary, junior and senior high schools and special support schools in the country to shut down from Monday, until the start of the spring holidays, in a bid to reduce the risk of students catching the new coronavirus.Abe...more

A man in his 80s who was infected with the new coronavirus died on Thursday in Japan's northern prefecture of Hokkaido. Fifteen new cases of infection were reported there on the day.Hokkaido's governor said the man who died had pre-existing conditions.

The Lower House of Japan's Diet has rejected a no-confidence motion against the justice minister and a motion to dismiss the chair of the Budget Committee.The moves come as wrangling between the ruling and opposition camps over passing the fiscal 2020 budget bill through the chamber reaches its...more

Amid growing concerns over the spread of the coronavirus, some religious facilities in Tokyo are now halting their public services.A mosque located in the Akihabara district has decided to suspend its Friday prayers until next week.

Japan's Prime Minister Shinzo Abe says he will ask all elementary and high schools across the country to temporarily close beginning Monday.The development comes after a man in his 80s who was infected with the new coronavirus died in the northern prefecture of Hokkaido. Fifteen new cases of...more

A growing number of countries and regions have banned the entry of travelers from Japan or imposed some restrictions as the new coronavirus continues to spread.Japan's foreign ministry says that as of Wednesday, Micronesia, Samoa, Kiribati, Tuvalu, the Solomon Islands, and Comoros had restricted...more

Japan's top government spokesperson says the supply of face masks will increase to more than 600 million per month from March amid a severe shortage across the country.Chief Cabinet Secretary Yoshihide Suga told reporters on Thursday that the government is working to resolve the shortage as soon as...more

Crew members aboard the quarantined ship docked near Tokyo began disembarking Thursday. Those without symptoms will be quarantined and undergo medical checkups for 14 days.It will take about 3 days for the approximately 240 crew members to disembark. Most of them are non-Japanese. They will leave...more