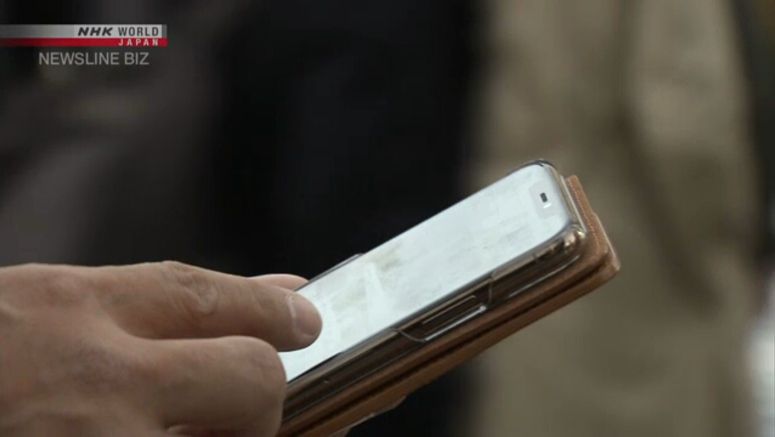 A Japanese venture company has developed a smartphone app that can identify risks of exposure to the coronavirus inside medical institutions.

The app was created by an IT firm based in Tokyo that works with the medical industry.

TRI-AD (Toyota Research Instutite – Advanced Development) and Carmera will work together on a proof of concept with regards to the development of camera-based high-definition maps for roads that go beyond the highway infrastructure.

It's been revealed that Shibasaki Kou will be doing a Japanese cover of Maroon5's popular song "Maps." It will be released digitally on February 20.

One of the features of Google Maps is reviews, where users can post reviews about the location which can come in handy if you're trying to find out more about it. However it looks like Google has made some changes where users will now be able to search within reviews itself for something specific.

According to the announcement, "You can search for things like ‘wheelchair' if you want to know more about the accessibility of a place or ‘vegetarian' if you'd like to know more about a restaurant's vegetarian options. Searching pulls up all of the reviews that mention what you searched for so you can find out more information from someone who has been there."

Tomorrow will be the 10th of March, and for most people this will be just another day. However for fans of Nintendo's Mario franchise, you might know that tomorrow is also known as Mario Day, or rather because the 10th of March can also be written as MAR10 (Mario). To celebrate this, Google and Nintendo have teamed up for something special.

This something special will come in the form of Mario Kart racing onto Google Maps, where users will be able to drive around as Mario. Instead of the regular icon representing you on Google Maps, users now have the option of changing it where it will become Mario in his famous go-kart instead.

A group of Japanese firms is leading efforts to make the use of unmanned drones easier and safer through 3D maps.
Officials of the mapmaker Zenrin say their maps for drones will have all the information contained in conventional maps, plus the altitudes of buildings and mountains.

Although Mount Fuji has not erupted in 300 years, the sudden eruption of Mount Ontakesan in 2014 has prompted the Shizuoka prefectural government to release maps of evacuation routes for climbers of the World Heritage site.

Hackers changed the Japanese names of the Imperial Palace, castles and other landmarks into what appears to be the names of training grounds for cult groups on the Google Maps online mapping service, Google Inc. said.

The team at Sony in charge of the PlayStation Vita announces that it will be dropping support for the YouTube app on the handheld in the coming months, with the download option set to be removed from the PlayStation Store on January 28 of this year and no features set to work after April 20.

Google Inc. has started a service that allows users to get an offshore look at the latest recovery efforts in the Tohoku region devastated by the Great East Japan Earthquake and tsunami.

We’re pushing a patch today (view full notes here) that addresses many of the matchmaking issues taking place in Factions mode for The Last of Us Remastered. You should see improved matchmaking all around. It will be rolling out over the next twenty-four hours globally. Look for the update when you turn on your system today.

Today sees the arrival of The Terminal and Stormgracht, two freely downloadable multiplayer maps for Killzone Shadow Fall. The Terminal is situated inside the Wall on the New Helghan side while Stormgracht is set in the toxic industrial area of the planet.

We are very excited to announce the details of Killzone Shadow Fall’s first multiplayer expansion: The Insurgent Pack.
The expansion pack is full of exciting new features for multiplayer including a brand new Character Class, 3 new abilities, 3 new weapons and 2 new game modes.

Zombie has been getting a lot of questions about when the next patch hits for the Blacklight: Retribution PS4 beta, and what will be in it. We’re happy to announce that the first content patch for Blacklight: Retribution on PS4 will go live today, Thursday February 27th. This patch includes too many things to list here, so we’ll stick to the really, really good stuff – the first of which is the introduction of our cooperative game mode: Onslaught!