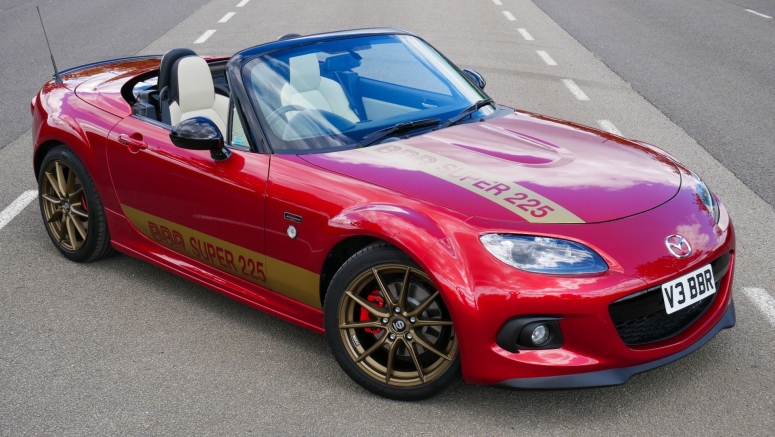 If you happen to have a Mazda MX-5 NC sitting on your driveway desperately needing some love, then the famous UK-based BBR specialists are here for you. 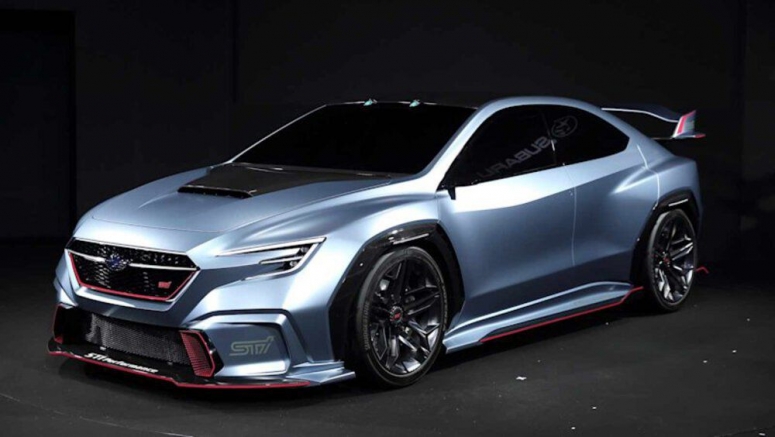 The next-generation Subaru WRX STI may boast as much as 400 horsepower from a re-tuned, 2.4L turbocharged boxer engine, making it the most powerful factory STI ever to be offered in America.

Forbes reports that an upgraded version of the engine currently offered in the three-row Subaru Ascent crossover will power the new model, rather than the 2.0-liter unit that powers the current WRX or the 2.5L found in the current STI.

Nissan has launched the 2020 GT-R lineup in Australia, which includes the new GT-R 50th Anniversary Edition that builds on the Premium Luxury grade.

Honda has detailed the platform and the battery pack of its upcoming electric compact hatch, which is simply named the Honda e.

Like clockwork, Polyphony Digital has released another free car pack for Gran Turismo Sport. This pack has quite the range of vehicles. Two of the highlights are the Toyota Sprinter Trueno AE86 and the Porsche 962C.

The former is the progenitor of the Scion FR-S and Toyota 86, and was sold in the U.S. as the Toyota Corolla GT-S. It featured a twin-cam four-cylinder and rear-wheel drive, and became particularly famous as the hero car in the Initial D anime and manga series. Oddly, this model has the digital instrument cluster, unlike the analog cluster in the Initial D car.

The larger, three-row Honda Pilot is a big crossover that's squarely aimed at families, with lots of minivan-inspired convenience features to make life with a car full of kids more livable. The two-row Honda Passport is essentially a shortened Pilot, with one less row of seats and a bit of an attitude adjustment. Honda is pushing the Passport as more of an adventure-ready crossover, although that doesn't mean the Passport is ready for the sort of ultra-rugged terrain a Toyota 4Runner can handle.

Instead, the Passport suggests a rugged, outdoorsy lifestyle with some sportier exterior accents, a slightly wider stance, and a little extra ground clearance. And it is the most rugged vehicle in Honda's lineup. Let's take a closer look.

In one sense, everything. This is the first year for the Honda Passport. The nameplate was last used on a rebadged Isuzu Rodeo SUV, back when Honda desperately needed an entry into the utility segment before its own original Pilot made it to market.

Year-end travelers heading for their hometowns or for vacation spots are expected to fill airports and train stations.

Following a preview earlier this week, Toyota has officially unveiled the 2020 Avalon and Camry TRD.

Now is the best time to jump into the dynamic and ever-evolving world of Grand Theft Auto Online. The recent release of The Doomsday Heist offers epic new cooperative Heist missions for 2-4 players where you'll save San Andreas from total annihilation over a three-act story. And GTA Online is currently celebrating the holidays with its annual Festive Surprise, which includes gifts for all players and the rarely seen Los Santos snowfall.

If you're new to Grand Theft Auto Online, the Criminal Enterprise Starter Pack is the fastest way for you to jumpstart your criminal empire. Get access to a huge range of the most exciting and popular content in GTA Online including properties, businesses, weapons, vehicles and more.

Olympus has launched a wearable, augmented reality system that positions a tiny screen and camera near the wearer's eye. Called EyeTrek Insight, this open source device resembles Google Glass, but is larger and intended for enterprise applications rather than general consumer use. The wearable features a 2.4MP forward-facing camera and the maker's own Pupil-Division Optical System.

EyeTrek Insight is designed to attach to the ear pieces of a pair of glasses, whether they're prescription frames or safety glasses. The unit has an integrated touch bar enabling users to control the device using their finger, as well as an optional microphone attachment for issuing voice commands. Both WiFi and Bluetooth enable EyeTrek to connect with various networks and devices, and while the device has only a 1hr run time per charge, Olympus has an optional adapter for plugging the smart glasses into a USB power source.

Nissan announced the new Snow Plow Prep package for the Titan full-size pickup truck, which makes it compatible with a range of commercial and personal snow plows.

The new package replaces the front springs with heavier duty ones which increase the front gross axle weight rating capacity by 575 pounds (from 4,325lbs to 4,900lbs), enabling the fitment of snow plows up to 786lbs (in the case of the Titan XD Gas Crew Cab S model).

The drive range of the new Leaf electric vehicle (EV) is 400km (approx 249 miles) per change (under the JC08 test mode), which is about 40% longer than that of the previous model of the Leaf.

[CEATEC 2017] As our natural resources aren't exactly unlimited, the world has started to look forwards renewable sources of energy, such as taking advantage of the wind, water, and sun to generate energy. Many tech companies are also working at creating greener and more sustainable products, such as Tesla.

The company had previously unveiled a power pack that homeowners could install in their homes that could serve to power the home as opposed to drawing energy from the grid. As it turns out, Honda has something similar that they are showing off at CEATEC 2017 in Japan this year that comes in the form of a mobile power pack.

It took Nissan a few months to take some of the gadgets of their X-Trail 4Dogs Concept and launch them under the 'Paw Pack'.

Priced at £599 (equal to $775) in the United Kingdom, the optional accessory kit fits all X-Trail models made from 2014 onward, and comprises of six components meant to transform SUV's boot space into a dog-friendly environment.