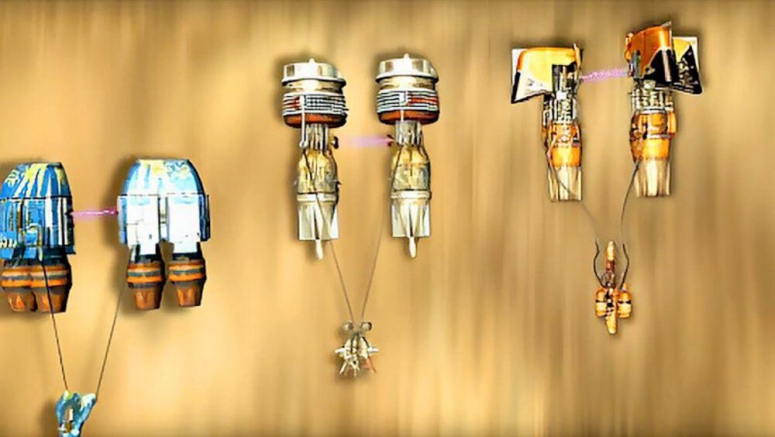 For the first time ever, the popular pod-racing video game "Star Wars Episode 1: Racer," will be available to Playstation fans on the PS4. A revamped version of the game is set to be released on the Sony console, as well as the Nintendo Switch, on May 12.

Star Wars previously brought the game back to life for PC, and now it is further expanding its universe not only to the versatile Switch gaming system but to the PS4, as well. The new version will be framed around the original but will have updated features for a better gameplay.

Nissan has arrived at this year’s 2019 SEMA Show with a wide range of debuts, from a competition-ready Global Time Attack TT 370Z race car, to a V8-powered Frontier Desert Runner. Novelties however also include a Kicks Street Sport crossover, as well as a 2020 Titan decked out in Genuine Nissan Accessories.

More and more aftermarket bodykits are starting to become available for the new A90 Toyota Supra and the kit featured in this video from Rocket Bunny is one of the most eye-catching to date.

Toyota previewed an assortment of models ahead of the Tokyo Motor Show, but the company also kept a few surprises under wraps.

Prices for Honda S2000s are on the rise and we've just come across one of the most desirable variants ever built for sale on Bring A Trailer.

Say hello to the Subaru Crosstrek Desert Racer – and yes, it is completely different than the Crosstrek which you may be familiar with.

Subaru just revealed its new Baja racer, and it's the coolest one yet. The Crosstrek Desert Racer is now sporting Subaru's traditional blue and gold livery that we all know and love from the many years it was plastered on Impreza-based rally cars. It's hard not to be nostalgic on this one, and we just had to share it.

This Crosstrek, which bears about zero resemblance to an actual Crosstrek, is being run in the grueling Baja 500 off-road race through the Baja California Peninsula. Crawford Performance and Grabowski Brothers Racing are running the show, hoping to improve on their second-place finish from last year. The vehicle has a 2.5-liter naturally aspirated flat-four engine built to produce 300 horsepower.

A study in the name only, the new Toyota GR Supra GT4 will eventually find its way to race tracks around the world. For now, take a look at the concept from the Geneva Motor Show in our new gallery below. (Updated 3/5/2019)

The original Acura/Honda NSX is definitely a ride for purists. But if you get past its iconic status and resale value and invest some serious money upgrading it, monsters such as this one are born.

The only 1982 Mazda 254i Le Mans race car in existence has been discovered nearly 35 years after disappearing from public view.

There's no question the S660 roadster is one of the coolest cars Honda makes, period.

Built without interruption since 1958 in a production run that has exceeded the 100 million mark in 2017, the Honda Super Cub is the most produced motor vehicle in history.