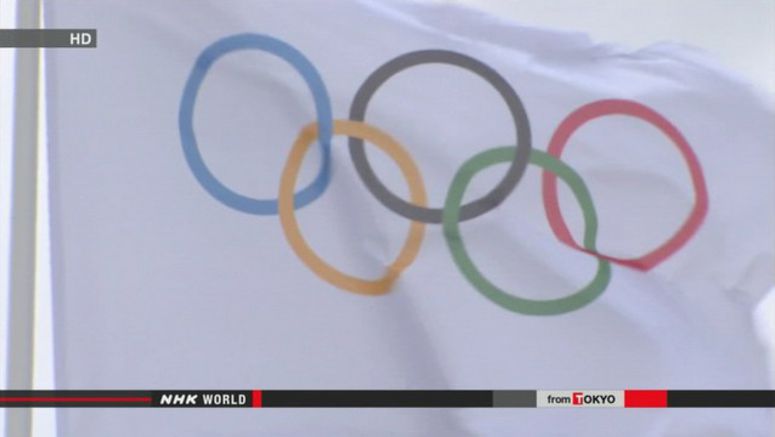 Rare color footage of the 1964 Tokyo Paralympics has been discovered at the home of a former hospital worker.

The video runs 26 minutes and 40 seconds and begins with the athletes' parade. This is followed by footage of wheelchair basketball and swimming and athletes competing in events we no longer see today.

A team of researchers in Japan say their experiments have shown that Japanese monkeys are capable of cooperating with each other to obtain food.

Researchers at Osaka University's Graduate School of Human Sciences say cooperative food gathering behavior in Japanese monkeys had been considered unlikely because of the strict hierarchy in their societies. They say monkeys of higher rank usually attack lower-ranked members of the group to dominate food.

Prices for Honda S2000s are on the rise and we've just come across one of the most desirable variants ever built for sale on Bring A Trailer.

Yamaha almost built its very own supercar back in the early 1990s and you've probably never even heard about it.

Sources say Japan's top government spokesperson is planning to meet with US Vice President Mike Pence in the United States next month.

Chief Cabinet Secretary Yoshihide Suga, who is also a minister in charge of the abduction issue, will also visit the United Nations headquarters in New York.

Japan is witnessing a possible outbreak of measles, with the number of patients since the start of this year hitting the highest in a decade.

Measles is a highly infectious disease that causes fever and a rash across the body. Pregnant women can suffer a miscarriage or premature birth when infected.

It's somehow fascinating that one of the most interesting developments of Mazda's MX-5 Miata roadster is the one that isn't a roadster at all. Unlike the NC and ND generations with retractable power hardtops, the second-generation NB Miata got a special coupe version with a fixed roof, done in the style of the first-generation coupe concept. We're talking very limited production numbers: just 179 of these NB coupes were made, and they were all Japanese-market models, so it's not often that one comes up for sale. Except now.

Itself even more of a limited-edition car, this sportier Type S version residing in Hong Kong and advertised on Pistonheads is one of just 63 made. It's right-hand-drive, as both its Japanese market origins and Hong Kong regulations dictate, and out of the available engine variations it comes with the 1840cc unit and a six-speed manual gearbox. What's more, despite its low 30,000 miles, the 2004 fixed-roof Miata is said to be fully overhauled and restored to as-new condition. We can't imagine those coupe-specific parts such as glass and trim are easy to source, so with these extremely rare cars it's probably best to go with the best condition example you can find, if you can find one to begin with. Rust hits all old Miatas at some point. With that backdrop, the £30,000 ($38,700) asking price doesn't seem all that unreasonable. With the Miata's enormous enthusiast base, there are now aftermarket solutions that imitate the flowing lines of the rare factory coupe, but they do lack the strengthening that Mazda's specialty skunkworks shop put in these — and the body-stiffening roof adds a mere 22 pounds to the car's dainty overall weight. For some lucky Miata hobbyist, this particular red coupe might be the crown jewel of their roadster collection.

If you had to choose between buying a used Honda S2000 CR or a used Acura NSX, which would you get?

TOKYO — Toyota has found a way to reduce the amount of a key rare earth metal used in magnets for electric car motors by around 20 percent, which could tame the cost of producing electric cars and reduce the risk of a supply shortage of materials needed for their production. The Japanese automaker on Tuesday said it had developed a magnet which replaces some of the neodymium, a rare earth metal used in the world's most powerful permanent batteries, with more abundant and cheaper lanthanum and cerium, adding that it aimed to use the magnets in electric vehicle motors within the next 10 years. As production of hybrid and other electric cars is expected to ramp up in the coming years, automakers and electronics companies have been developing new high-powered magnets which require less rare earth metals to reduce costs and trim exposure to possible fluctuations in supply. A temporary export ban of neodymium by major supplier China in 2010 during a territorial dispute with Japan and periodic supply shortages have highlighted automakers' dependence on these materials. "An increase in electric car production will raise the need for motors, which will result in higher demand for neodymium down the line," Akira Kato, general project manager at Toyota's advanced R&D and engineering company, told reporters at a briefing in Tokyo. "If we continue to use neodymium at this pace we'll eventually experience a supply shortage ... so we wanted to come up with technology which would help conserve neodymium stocks." At the moment, magnets used in most automobiles to operate motors for everything from hybrid and other electric drivetrains to power steering systems comprise a total of around 30 percent of the rare earth elements neodymium, terbium and dysprosium. Automakers including Honda have found ways to eliminate dysprosium and terbium, which cost around $400 and $900 per kilogram, respectively, from magnets by increasing the amount of neodymium, which costs around $100 per kilogram. Toyota has come up with a way to cut out the expensive metals from the magnets and also reduce the amount of neodymium in favor of lanthanum and cerium, which each cost around $5-$7 per kilogram. Kato declined to give specific details on cost reductions, but said that Toyota could replace up to half of the neodymium used in magnets for motors which operate conventional vehicle functions like power windows with lanthanum and cerium, and around 20 percent for electric motor magnets. Reporting by Naomi Tajitsu

"Ryukyu," the leaf stalk of "hasuimo" (colocasia gigantea), is a summer vegetable of Kochi Prefecture. Considering that the Ryukyu Islands are a southern chain that includes Okinawa, one might ask, "Why is ryukyu in Kochi?"

According to legend, it was introduced from Okinawa, and the name took root in Kochi.

Old video games might not necessarily look the best, but they represent a piece of gaming history, which is why sometimes older games can fetch a pretty penny. In fact recently it seems that a rare and sealed copy of NES game "Stadium Events" managed to fetch close to $42,000 after being sold to a serious buyer.

According to Kotaku, the seller had originally tried to sell the game on eBay where someone actually won the bid, but apparently the winner of the bid decided not to pay for it. Thankfully the seller was contacted by a "serious buyer" and a deal was struck. What makes Stadium Events so valuable is the fact that the game was only released for a very short period of time before it was pulled and replaced with "World Class Track Meet".

Japanese fishermen have found a rare megamouth shark caught alive in fishing nets in the Pacific near Tokyo.

The fishermen spotted the 5-meter shark on Monday about one kilometer off the coast of Tateyama, Chiba Prefecture.

Ko no Kuni Nama Cheese Cake is six pieces of no-bake cheesecake made using sake lees. The Ultimate Souvenirs for the Whole World sponsored by the Japan Tourism Agency selected this as a top-quality item from among 747 different products.

Sake lees are used from six veteran breweries in Shiga prefecture with over 100 years in the business, and the brewers' original production methods result in six different flavors of cheesecake with their own aromas.