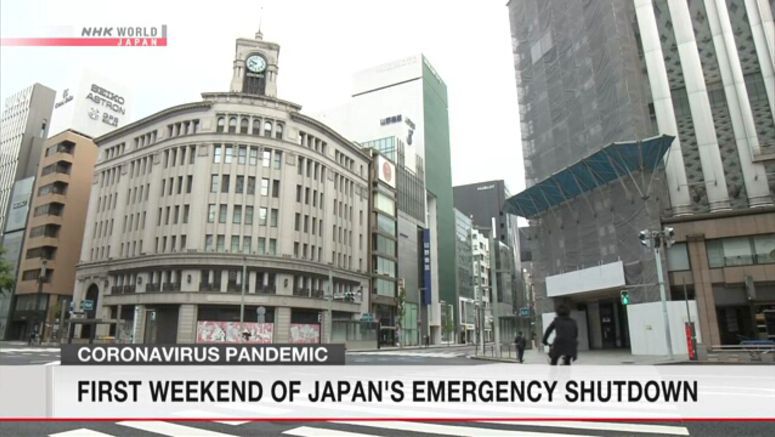 The Japanese government plans to continue asking businesses to let more employees work from home, to substantially cut social contact for the coronavirus in state-of-emergency areas.

The government wants to mitigate person-to-person contacts by at least 70 percent, or preferably by 80 percent, in Tokyo and six other prefectures. It says the reduction will help contain the spread of the virus as quickly as possible. 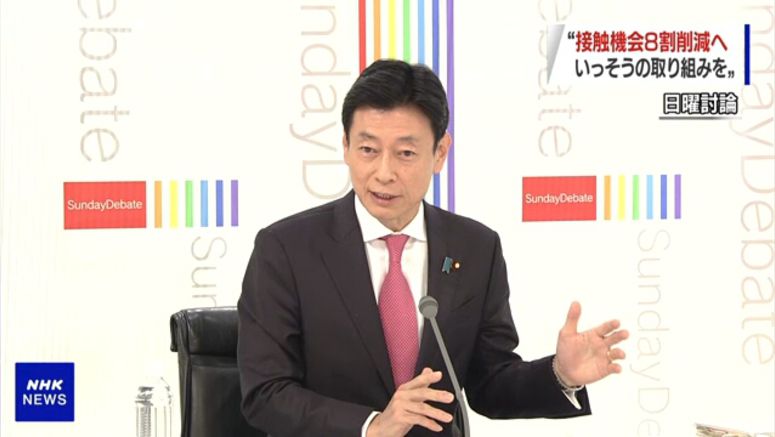 The Japanese minister in charge of coronavirus measures has called for further efforts to reduce social contact by up to 80 percent to contain the spread of the virus.

Economic Revitalization Minister Nishimura Yasutoshi said on an NHK program on Sunday that there have been fewer people going out in areas covered by the state of emergency. 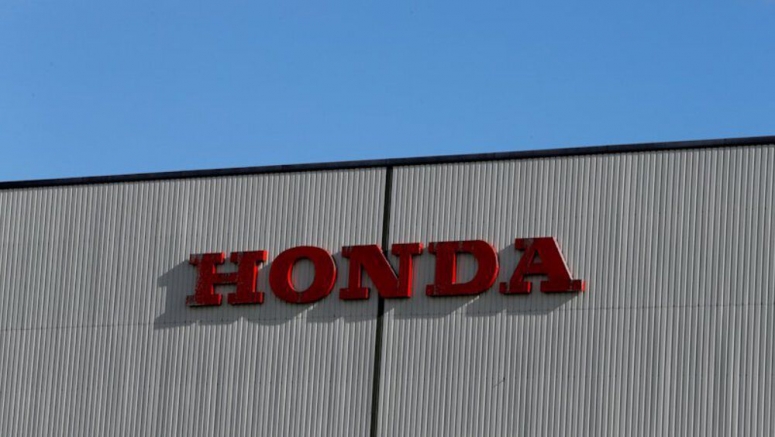 Honda Motor Co will temporarily cut back production in Japan due to difficulty in sourcing parts from China amid the coronavirus outbreak, Nikkei Asian Review reported on Monday citing sources at auto parts suppliers and dealers.

The cutbacks, which will last for a few days beginning early March, will see a reduction in output by a few hundred vehicles at two plants in Saitama Prefecture, the report said.

Volunteers have collected garbage from beaches across Japan in an effort to reduce plastic marine waste.

The beach cleaning activities were held on Monday, a national holiday in Japan known as Marine Day.

Japan's government has compiled emergency measures to prevent children and the elderly from becoming involved in car accidents.

French Finance Minister Bruno Le Maire said France is ready to cut its stake in Renault in order to consolidate Renault's partnership with Nissan, Agence France Press (AFP) reports. Le Maire said Paris, which has a 15% stake in Renault, might consider reducing its stake, if it led to a "more solid" alliance between the Japanese and French firms, the French news agency reported, citing an interview with the minister. "We can reduce the state's stake in Renault's capital. This is not a problem as long as, at the end of the process, we have a more solid auto sector and a more solid alliance between the two great car manufacturers Nissan and Renault," he told AFP. Le Maire had earlier said the French government was open to tie-ups involving Renault as long as French industrial interests were protected, and would consider any Renault deal with Fiat Chrysler that respected the French firm's alliance with its Japanese partner Nissan. Fiat on Thursday abandoned its $35 billion merger offer for Renault, blaming French politics for scuttling what would have been a landmark deal to create the world's third-biggest automaker behind Japan's Toyota and Germany's Volkswagen. The French government had welcomed the merger plan, but overplayed its hand by pushing for a series of guarantees and concessions that eventually exhausted the patience of FCA, sources told Reuters. Renault and Nissan were not immediately available to respond to a request seeking comment. (Reporting by Mekhla Raina in Bengaluru; editing by Richard Pullin and Elaine Hardcastle)

Daimler may end its partnership with the Renault-Nissan Alliance as part of a cost-saving strategy to be introduced by incoming chief executive Ola Kallenius.

The Japanese government has decided to cut down on the use of plastic products in cafeterias and shops at about 200 government agencies and affiliated institutions, such as national universities, beginning in fiscal 2019.

The decision is aimed at reducing the amount of plastic waste in the oceans. It was made when the guidelines for signing contracts between the government and the operators of in-house cafeterias and shops were being revised.

Japan's government commission on nuclear energy has decided to reduce the country's stockpile of plutonium.

Japan has been promoting a program to recycle plutonium extracted from spent nuclear fuel.

If you go online on the go as much as I do, then you probably already know how easy it is to burn through a few Gigabytes of mobile data each month. Unfortunately, though, that won’t make the data plan’s check any less expensive. Thankfully, there are a few seamless ways of reducing mobile data usage, so let’s go through them.

Many 4G connections have speeds that would put basic home WiFi connection to shame, data consumption can happen very fast. Unless you are video streaming or loading a high res image, you should highly consider switching it off.

The Yomiuri ShimbunNTT East Corp. and two other companies announced Thursday the launch of service in which drones patrol offices. The service, which starts next April, is expected to reduce the number of security guards and curtail employees' overtime by encouraging them to go home.

The drone, which was invented by Tokyo-based start-up Blue Innovation Co., navigates via the use of a device that produces radio waves. It can take off and return autonomously because its flight path is set by dedicated software. It can also film inside offices, with the videos managed via a network.

EIZO Corporation (TSE: 6737) today announced the release of RadiLight, a new easily attachable comfort light that is compatible with EIZO’s RadiForce lineup of medical monitors up to 32 inches.

At the Fukagata Research Lab at Keio University’s Department of Mechanical Engineering, research is being conducted on fundamental technology to contribute to reducing environmental load via adjustable control of fluid flow.

Sumitomo Heavy Industries Ltd developed a manufacturing system that can drastically reduce the weight of auto parts such as bodies and frames.
The system is called "STAF (Steel Tube Air Forming)." After setting a steel pipe in the metal mold of a pressing machine, electrical heating, injection of high-pressure air, shape forming and quenching are performed in this order. With a newly developed control system, serial modified closed sections can be formed with a high accuracy.