Teams of researchers from across the world have reported on how some patients infected with the new coronavirus have recovered.

A group at the US Centers for Disease Control and Prevention published a report in a medical magazine on the treatment of a 35-year-old male patient who returned from Chinese city of Wuhan, the epicenter of outbreak. He was confirmed to have been infected after complaining of coughing and a fever. 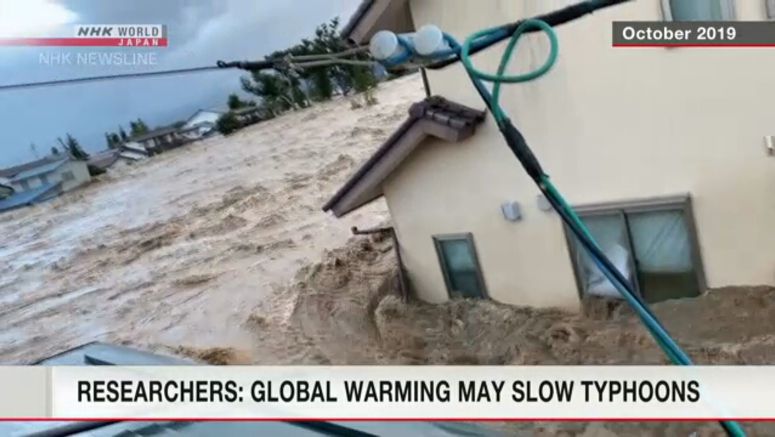 A group of researchers says global warming could slow down the speed of typhoons passing over or near Japan, leading to greater damage.

A Japanese university team has started a clinical trial of a treatment for Parkinson's disease that uses weak ultrasonic waves to burn off abnormal nerve cells.

Parkinson's is a progressive disease in which patients gradually lose their ability to move. Their limbs may tremble and the body becomes rigid. The disease is caused by abnormalities in the cells responsible for the production of dopamine, a brain chemical that sends mobility signals to other parts of the body.

Researchers at Kyoto University have filed an application to the government to run clinical tests transplanting cartilage tissue created from iPS cells to patients with damaged knee joints.

The team is led by professor and orthopedic surgeon Noriyuki Tsumaki at the university's Center for iPS Cell Research and Application.

A Japanese government agency has announced the first winners of a new award that was set up to boost the number of woman researchers in the country.

The Japan Science and Technology Agency, or JST, held an awards ceremony in Tokyo on Sunday. JST President Michinari Hamaguchi handed out certificates to the winners of the Brilliant Female Researchers Award.

A team of Japanese scientists has set out to conduct a ground survey of a remote Pacific island that has grown in size due to volcanic eruptions.

The Environment Ministry team left on Sunday for Nishinoshima, about 1,000 kilometers south of Tokyo.

Japanese researchers say they have transplanted cornea tissue developed from artificially derived stem cells in the world's first clinical trial of its kind.

A group of researchers led by Osaka University Professor Koji Nishida spoke to reporters on Thursday.

The Japanese government has awarded two African researchers a prize for their contribution to medical research and services.

The government grants the Hideyo Noguchi Africa Prize once every three years. It is named after a Japanese doctor who died in Ghana in 1928 while studying yellow fever.

University researchers are working on technology that turns an entire room into a wireless battery charger for smartphones and other devices.

A team led by Professor Yoshihiro Kawahara of the University of Tokyo ran successful tests of the technology in a specially constructed room.

A team of Japanese researchers says an existing drug could be effective in treating an intractable motor neuron disease called amyotrophic lateral sclerosis, or ALS.

The group, comprising researchers at Kyoto University and other institutions, announced on Tuesday that it has begun clinical trials based on its studies involving iPS cells, or induced pluripotent stem cells.

A group of Japanese researchers say they have unearthed the oldest rocks ever found in the country. They say the 2.5-billion-year-old rocks are a window on the formation of Japan's islands.

The team, led by Yasutaka Hayasaka, an associate professor at the Graduate School of Science at Hiroshima University, announced its findings on Monday.

Researchers say up to 60 percent of sandy beaches in Japan could disappear by the end of this century because of rising sea levels brought by global warming.

The group of scientists from Japan's National Institute for Environmental Studies and 27 other entities analyzed data from the 2014 report of the UN climate change panel and other sources.

The Meteorological Agency issued emergency warnings of torrential rain in 11 prefectures. The warnings are normally issued only once in several decades.

Smartphones with broken/cracked displays is probably one of the more common accidents that happen, although smartphone makers have been trying to make up for it by using glass that is sturdier and less prone to cracking. However despite their best attempts, cracks still happen, but that could change in the future thanks to researchers in Japan.

Developed by Professor Takuzo Aida and his team at the University of Japan, these researchers have developed a glass that can actually heal itself. The concept of glass healing itself isn't exactly new, but this development does sound like it has quite a bit of promise. The substance created is called "polyether thiourea" and it features the hardness of glass, with the difference being that when pressed together and having pressure applied on it, after a new moments it will "heal" and will be like new again.