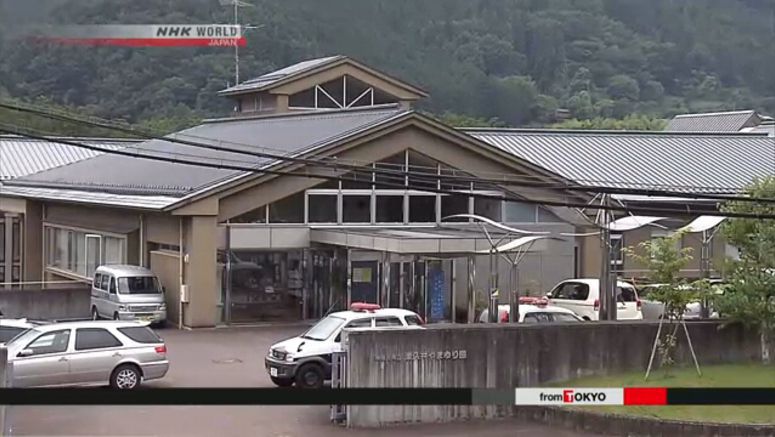 Japan continues to await South Korean action to improve chilly bilateral ties one year after the nation's supreme court ordered a Japanese firm to compensate people who say they were forced to work during World War Two.

Wednesday marks one year since the top court issued the first of a series of rulings ordering similar compensation by Japanese firms.

Seko said the government will keep urging South Korea to sincerely and quickly correct measures that are not consistent with WTO rules to put an end to the unjust practices against Japanese businesses.

Vote counting is underway, and NHK's decision desk says the ruling coalition will comfortably maintain control of the Upper House. We are projecting that Prime Minister Shinzo Abe's Liberal Democratic Party and its junior partner, Komeito, will take more than half of the seats that are up for grabs this election.

The traditional celebrations are already underway for some LDP members.

A Japanese high court is about to rule whether operations at two reactors at the Genkai nuclear power plant in Saga Prefecture, southwestern Japan should be suspended.

The Fukuoka High Court will hand down its ruling later on Wednesday.

Japan's Prime Minister says the government will not appeal a court ruling ordering it to pay damages to families of former leprosy patients.

The case centered on a policy which sent leprosy patients to isolation facilities over the course of several decades.

Japanese Prime Minister Shinzo Abe says his government will not appeal a court ruling that ordered it to pay damages to families of former patients of Hansen's disease.

The Kumamoto District Court in southwestern Japan ordered the central government on June 28 to pay about 3.5 million dollars in damages in a lawsuit filed by more than 500 plaintiffs across the country.

Japan says it won't appeal a ruling that ordered the government to pay damages to families of former leprosy patients.

Japan's ruling Liberal Democratic Party and its coalition partner Komeito have submitted a draft resolution rebuking a lawmaker over his remarks on four Russian-held islands claimed by Japan.

Hodaka Maruyama made the remarks during a trip to one of the islands with a group of former residents this month. The trip was part of a visa-free exchange program between Japan and Russia.

A Japanese diplomat has expressed disappointment over a ruling at the World Trade Organization's appellate body that favors a South Korean ban on seafood from Japan.

Junichi Ihara, Ambassador of the Permanent Mission of Japan to the International Organizations in Geneva, spoke on Friday at a WTO meeting in which the ruling was officially adopted.

In the first half of the unified local elections, voters in 11 prefectures cast their votes in the gubernatorial elections.

Moon referred on Thursday to the ruling that ordered Nippon Steel & Sumitomo Metal to compensate South Korean plaintiffs who say they were forced to work for the Japanese company during World War Two.

A former prosecutor says a Yokohama court's handing down an 18-year-prison term to a man for dangerous driving will likely have deterrent effects.

The man was accused of tailgating a van, overtaking it, and forcing it to stop on an expressway. Shortly after the van stopped, a truck slammed into it, killing a married couple inside and injuring their 2 daughters.

The Japanese government has compiled materials in English for the international community to present the facts surrounding the recent ruling by South Korea's Supreme Court on wartime labor.