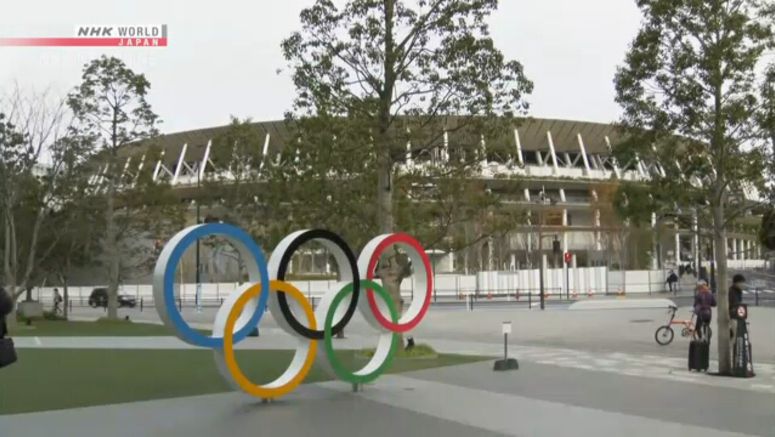 NHK has learned that the International Olympic Committee plans to finalize in September a new plan for the 2020 Tokyo Games. The coronavirus pandemic forced organizers to push back the Games by one year.

The Tokyo Olympics are now scheduled to open in July next year. It is estimated that the postponement will cost several billion dollars.

SEKAI NO OWARI, who will be celebrating their 10 year debut anniversary next year, will hold a 4-major dome tour titled 'SEKAI NO OWARI DOME TOUR 2020: Du Gara Di Du' next September.

This announcement was made on November 27 during NTV's 'Best Artist 2019.' The tour will kick off on September 5 at Fukuoka Yafuoku! Dome and will run until September 17 at Kyocera Dome Osaka.

Nissan Motor Company has gone out of its way lately to fix its ailing Infiniti luxury brand but nothing seems to be working, at least for now.

Nissan has released the first teasers of the 2020 Titan ahead of its debut on September 26 at the State Fair of Texas.

Honda’s 2020 Accord can be had from $23,870 (excluding the $930 destination and handling charge), and features Honda Sensing with Traffic Sign Recognition as standard on all trims. The Accord is also the only mid-size sedan in its class to come with a manual gearbox.

Google has yet to officially confirm when Android 10 will be released. We expect that it should be soon as the company usually tries to tie it in with the launch of their Pixel phones, but according to Canadian carrier Rogers, it seems that the update could actually launch a lot earlier than expected.

How early? According to Rogers, they are claiming that the update will be released on the 3rd of September, which is actually next week! Of course, don’t expect the update to arrive to your phone unless you own a Google Pixel device. This is because one of the advantages of owning a Pixel handset is that you get updates first and before everyone else, so if you own a phone from a different brand, it will depend on how quickly they choose to release it.

We have been hearing bits and pieces of rumors regarding Nikon’s next DSLR, the Nikon D6. It was initially suggested that it could be launched in October, according to Nikon Rumors, but now a follow-up report from Nokishita has suggested that we could be getting the camera a lot earlier than expected.

According to the report, the Nikon D6 could be announced as soon as next week on the 4th of September. While the announcement will take place in September, it seems that the camera’s release might not happen until either late 2019 or possibly in 2020, so don’t expect to be able to get your hands on it anytime soon.

The game will be officially out on the 3rd of September and will be playable across multiple platforms. This includes the Sony PlayStation 4, Microsoft Xbox One, the Nintendo Switch, and the PC. The game is currently available for pre-order via Square Enix’s website if you are interested in reserving your copy now.

Nissan has released a third dark teaser image of the 2020 Juke, ahead of its unveiling on September 3rd that will be followed by a world debut at the Frankfurt Motor Show later in the same month. (Updated 7/22/2019)

The top trade negotiators from Japan and the United States have expressed optimism about reaching a mutually-beneficial trade agreement in September.

Nintendo’s 3DS is more than just a handheld gaming console. The console also comes with support for some apps, such as the YouTube app that allows gamers to watch videos on their consoles, a nice break from just playing games all day. However, if you do use the YouTube app quite a bit, you might be disappointed to learn that the app will be going away in September.

In an announcement on its website, Nintendo confirmed that the YouTube app for the 3DS will be officially shutting down on the 3rd of September. They note that the YouTube app will continue to exist for both the Nintendo Switch and the Wii U, although we can’t imagine that support for the Wii U will continue much longer either given the focus on the Switch these days.

Abe spoke to reporters on Monday, the day after the Upper House election. He revealed plans to convene an extraordinary Diet session on August 1 to select the chamber's president.

Nissan has released a second dark teaser image of the 2020 Juke, ahead of its unveiling on September 3rd that will be followed by a world debut at the Frankfurt Motor Show later in the same month. (Updated 7/22/2019)

Sony Mobile is looking to shutter two more apps according to notices that have appeared. Both the ‘What's New' app and the ‘Audio Recorder' apps will be retired on 30 September 2019. The ‘What's New' app was Sony's curated selection of apps that it was looking to promote. Most users always looked for a way to disable the app, so we don't imagine many will miss it.

The heavy rain in the Kyushu region, southwestern Japan, started over the weekend, causing deadly flooding and mudslides.Authorities in Kumamoto Prefecture say 49 people have been confirmed dead, one is without vital signs, and 11 others are missing.

A survey has found that nearly 30 percent of healthcare workers in Japan who have had experience with coronavirus patients were depressed.The Japanese Red Cross Medical Center conducted the survey in April and May, when infections were spreading around the country. About 850 doctors, nurses and...more

Japan's newly established subcommittee on coronavirus measures has called for thorough testing of people with a high risk of having the pathogen.The head of the government's subcommittee, Omi Shigeru, spoke at a news conference after the group's first meeting on Monday. Omi is also the chief of...more

Reelected Tokyo Governor Koike Yuriko says she will swiftly set up a Tokyo version of the Centers for Disease Control and Prevention to provide people with accurate information on coronavirus infections.Koike spoke to reporters on Monday after she won Sunday's gubernatorial election with more than...more

As the number of foreign workers in Japan increases, so does the amount of support they need to adjust, especially amid the coronavirus pandemic. And on Monday, the government opened a new consultation center aimed at providing a variety of resources under one roof.The Foreign Residents Support...more