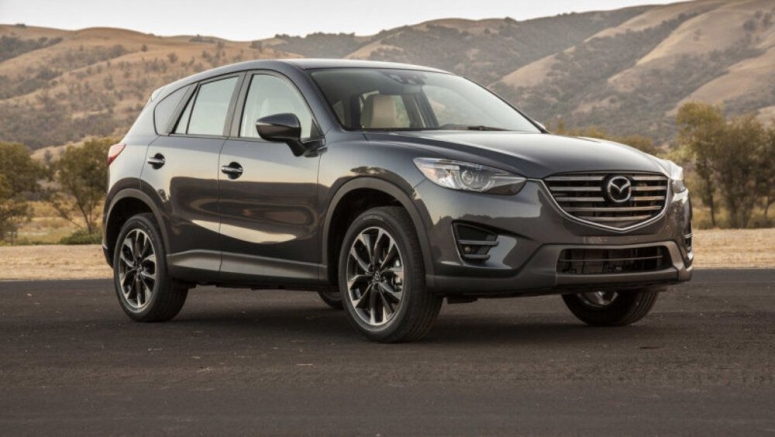 Mazda announced Tuesday that it will recall more than 35,000 examples of the 2016 CX-5 crossover to address an issue that may lead to deterioration or failure of its LED daytime running lights.

In affected models, the gasket used to seal the wiring harness to the LED module was not manufactured to Mazda's specification. As it degrades over time, it can release sulfur, which in turn can potentially corrode the LED control circuit, causing the LEDs themselves to flicker, illuminate poorly or even fail outright.

Researchers in Japan have warned that global warming will likely bring heavy snow to mountainous areas in eastern Japan.

Tourists in Kyoto will no longer be able to take pictures in privately-owned alleys near one of the most photographed spots in the city. Locals say the ban has come after disrespect shown by some visitors.

An association of residents and shop owners in the Gion district imposed the ban on photography in private alleys near Hanamikoji street, effective on Friday.

We have been hearing rumors about the Fujifilm X-Pro3 for a while now, and it looks like the company has finally made it official. While this is the third camera in the X-Pro lineup, it also represents a huge change over its predecessors where Fujifilm has made some changes in its design that could be controversial.

One of those changes is the hiding of the display on the back, where only if you were to flip the screen down, would you be able to use it as a viewfinder. This might be controversial to some as many rely on these displays to act as the viewfinder for composing and framing their shots, but according to Fujifilm, they wanted to remove “distractions” and allow photographers to just focus on shooting.

The West Japan Railway Company says it will cancel some Sanyo Shinkansen bullet trains on Saturday due to Typhoon Hagibis.

The train operator said on Friday that services between Shin-Osaka and Okayama stations will be canceled except for some trains in the morning.

East Japan Railway Company says it will start suspending services on some train lines in the Greater Tokyo area and Shizuoka Prefecture from 9 a.m. on Saturday due to Typhoon Hagibis.

The company also says it will reduce the number of Tohoku, Yamagata, Akita, Hokuriku and Joetsu Shinkansen bullet trains departing after 11 a.m., and will suspend all services later in the day.

Few Japanese performance cars are more revered than the R34-generation Nissan Skyline GT-R and Autocar recently had the opportunity to drive a particularly stunning example.

A couple of months ago, Nintendo officially announced the Nintendo Switch Lite. This is a cheaper and more portable version of the Switch, although for the most part it is still very much a Switch at its core. Unfortunately, it seems to have inherited some of the Switch’s problems as well.

In case you didn’t know, Switch owners have been reporting that they are experiencing “drift” issues with their Joy-Cons. What this means is that even when the player isn’t touching the control, the console will read it as the controls are moving which can interfere with gameplay. Now it seems that according to some user reports, the Switch Lite is experiencing similar issues as well.

Tokyo Electric Power Company says blackouts caused by Typhoon Faxai will continue on Wednesday in some areas near Tokyo.

TEPCO Power Grid President Yoshinori Kaneko offered an update early Wednesday on efforts to restore power to more than 448,000 households and businesses in Chiba Prefecture and 6,000 in Kanagawa.

Japan's prime minister is set to reshuffle his cabinet and executives of his Liberal Democratic Party on Wednesday. Sources say Shinzo Abe will retain some key members of both lineups, while bringing in a number of fresh faces.

Abe will reshuffle the party leadership Wednesday morning and his cabinet in the afternoon.

Typhoon Faxai damaged electric supply chains in a wide area of the Kanto region, including Tokyo, and its surrounding areas.

Electricity will likely not be fully restored by the end of the day in some parts of the Tokyo metropolitan area, which was battered by the typhoon early Monday.

East Japan Railway says it will cancel all services in the greater Tokyo area from the first train until 8 a.m. on Monday.

Odakyu Electric Railway says it will gradually reduce the number of trains on Sunday evening and will cancel all services in Tokyo and neighboring Kanagawa Prefecture after 10 p.m.

Newly discovered documents suggest a US commission tasked with studying the physical effects of the atomic bombings of Hiroshima and Nagasaki allowed survivors who cooperated with their research to receive preferential treatment.

The US set up the Atomic Bomb Casualty Commission, known as ABCC, in 1947. But survivors slammed the commission for not providing medical care as a general rule.

A prototype of the upcoming Lynk & Co 05 Coupe SUV has been spied while out-and-about testing in Europe.