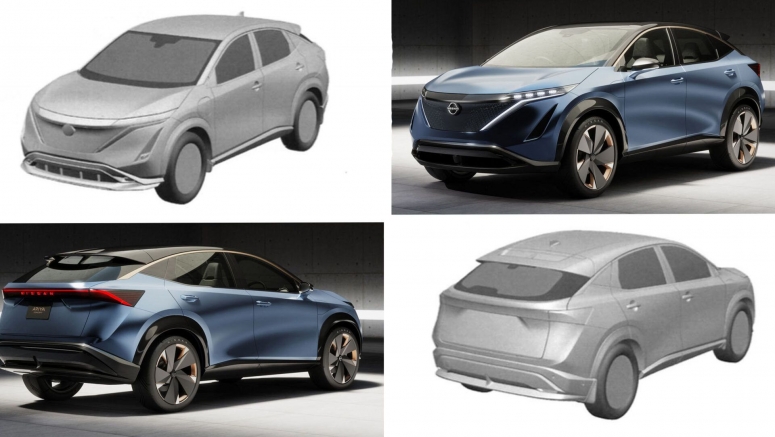 The 2021 Nissan Rogue was outed by Brazilian authorities last month and it appears their Argentinean neighbors wanted in on the fun as they've apparently revealed the production version of the Ariya concept.

It has been rumored for a while now that Microsoft is working on a dual-display device which will be introduced under the Surface brand. A recent report had even suggested that the company had displayed a prototype of this device to employees. A new report claims that this unnamed device will have two 9 inch displays with 4:3 aspect ratio and that it will be capable of running Android apps.

The report claims that this device, codenamed Centaurus, will be able to run Android apps as that will be supported by Microsoft’s new Windows Core OS (WCOS) operating system. WCOS is essentially the platform for a more lightweight version of Windows OS. It’s this operating system that’s known as Windows Lite internally which will be used for dual-screen devices and competitors for Chromebooks.

MWC 2019 is coming up which means that we can expect to see companies such as Sony announce new devices. One of those devices is the Sony Xperia XZ4 which would represent Sony’s flagship smartphone for the year, which now thanks to additional leaked images shared by Sumahoinfo, we can “confirm” certain features.

As you can see in the image above, it shows the back of the Sony Xperia XZ4 where a triple camera resides. This is in line with what we know about the phone based on previous leaks which also revealed the existence of the triple camera setup. This isn’t surprising since dual lens smartphones are starting to become “old”.

On January 31, Kanjani8's Nishikido Ryo held a press conference for his movie 'Hitsuji no Ki' at The Foreign Correspondents' Club of Japan in Yurakucho.

Nishikido greeted the press and introduced the film in English without using any notes. He said, "Thank you for coming today. I hope you enjoy the movie. Through this film, I thought about what I would do if a stranger came into my community. This film is entertainment, but it also has a social perspective. I hope it will make you think about depopulation and emigration."

The concept car, "DN Pro Cargo," was exhibited at Tokyo Motor Show 2017, which was open to the public from Oct 28 to Nov 5, 2017. Batteries were arranged so that the floor surface becomes flat and goods can be easily loaded.

Toray Industries Inc developed a technology to improve the surface smoothness of thermosetting CFRP (carbon fiber reinforced plastic).
The company applied a CFRP-based roof made by using the technology to the "Teewave AC1" concept car, which was exhibited at Toray Advanced Materials Symposium 2016, a private show that took place from Oct 6, 2016, in Tokyo.

Sony's Future Lab is a R&D group responsible for taking crazy ideas into the prototype phase, and one impressive vision shown here at SXSW in Austin this week is a projector that turns any flat surface into a screen for light to play on.

Nissan Chemical Industries Ltd exhibited a prototype of a "durable super-hydrophilic coating liquid" at nano tech 2016, which took place from Jan 27 to 29, 2016, at Tokyo Big Sight.

If you love The Legend of Zelda franchise, there is a very good chance that you might have heard the news that the Twilight Princess HD remake will be making its way onto the Wii U console come 4th of March, 2016, which is in a couple of month’s time. For those curious as to what it will look like, you’re in luck.

Yes, it's another Surface competitor. So far, before today, we've seen a slew of companies copying Microsoft's tablet-and-keyboard-dock formula, from Apple to Lenovo to Dell to HP. Not keen to sit out a trend, Toshiba is also trying its hand with the 12-inch DynaPad, which the company claims is the world's lightest 2-in-1.

CeraPlas from TDK is a whole lot more interesting than expected. Just what is CeraPlas? It happens to be a piezoelectric component which will be able to churn out a very efficient generation of cold atmospheric pressure plasma, uniquely merging the voltage transformation and plasma generation into a single component.

The high-performance hybrid Toshiba Z20t is the perfect detachable professional Ultrabook™ to replace your tablet. Packed with zero-compromise cutting-edge technology, it gives you the freedom to work, consume and stay entertained the way you want.