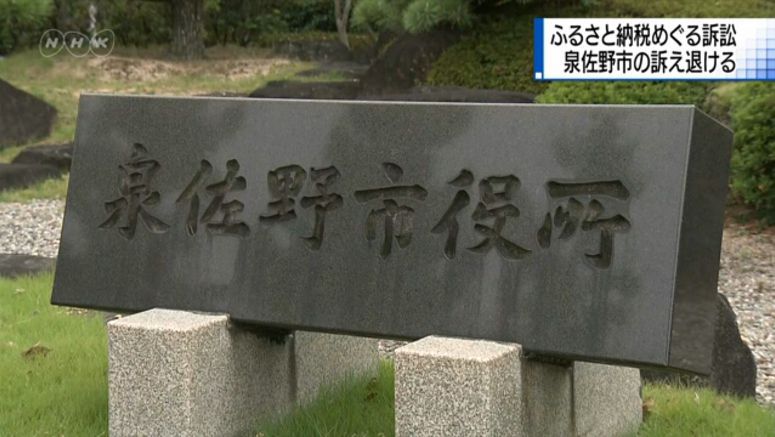 A Japanese court has refused a claim by a city in western Japan that the national government should review its decision to exclude the city from the so-called hometown tax donation system.

The Osaka High Court dismissed on Thursday a suit filed by Izumisano City in Osaka Prefecture against the internal affairs ministry.

Japan's Cabinet has approved the biggest government spending plan on record. The draft budget covers fiscal 2020, which starts in April.

The government raised the consumption tax in October to boost revenue, but that's not enough to significantly reduce new government bond issues.

The Tokyo Regional Taxation Bureau conducted tax inspections on the automaker for three years through March 2014.

Japan's consumption tax went up on Tuesday, from eight to 10 percent . The government says the hike was necessary to help cover ballooning social security costs and to pay down Japan's huge public debt.

Customers at convenience stores were among the first people who had to pay the higher tax rate when the clock hit midnight.

Japanese Prime Minister Shinzo Abe says the government will do its utmost to deal with the impact of the consumption tax hike to 10 percent taking effect on Tuesday.

The prime minister said that the latest tax hike will pay for free preschool education and childcare.

In Japan, the consumption tax rose from 8 to 10 percent on Tuesday. The government says the increase was needed to help cover ballooning social security costs and pay down massive public debt.

Shoppers rushed to make purchases during the weekend prior to the increase on October 1. Many bought luxury goods and stocked up on household items.

Companies in Japan are busy making last-minute preparations for a consumption tax hike that is set to go into effect on a variety of goods on October 1.

Consumption tax rates will go from 8 to 10 percent on Tuesday. The government says the increase is needed to help cover ballooning social security costs and pay down massive public debt.

Shoppers in Japan are rushing to stock up on items two days before the consumption tax is raised to 10 percent.

Many people are buying luxury products and extra quantities of daily goods while the rate is still 8 percent.

Small retailers in Japan are scrambling to replace their cash registers, in the lead-up to a hike in the consumption tax.

Stores will need models that can handle two different tax rates to be introduced from October 1. Shoppers will be charged 8 percent for food and non-alcoholic beverages and 10 percent for other items. Large retailers like convenience stores don't need to make the switch, as they do their transactions online. But many small businesses have to adapt.

Japan's tax revenue for the fiscal year that ended in March hit an all-time high of over 560 billion dollars.

A close aide to Japan's Prime Minister Shinzo Abe has hinted at the possibility of delaying a consumption tax hike scheduled for October.

The government is preparing to increase the tax from 8 to 10 percent on October 1, but comments by the Liberal Democratic Party's Acting Secretary General, Koichi Hagiuda, have cast doubt on that plan.

Sources say an unregistered cryptocurrency brokerage based in Tokyo has concealed revenue of more than 200 million yen or about 1.8 million dollars.

The firm receives requests via brokers for individuals who want to change their virtual currencies into cash.

Japan has launched a departure tax for Japanese and foreigners leaving Japan, from January 7th.

The Japanese government will charge the new tax of 1,000 yen or about 9 dollars, to people leaving the country by air or sea. This is the first new national tax to be launched by Japan since a land value tax was introduced 27 years ago.

The French government has announced that it will suspend a fuel tax hike planned for January. The plan had sparked nationwide protests in recent weeks.