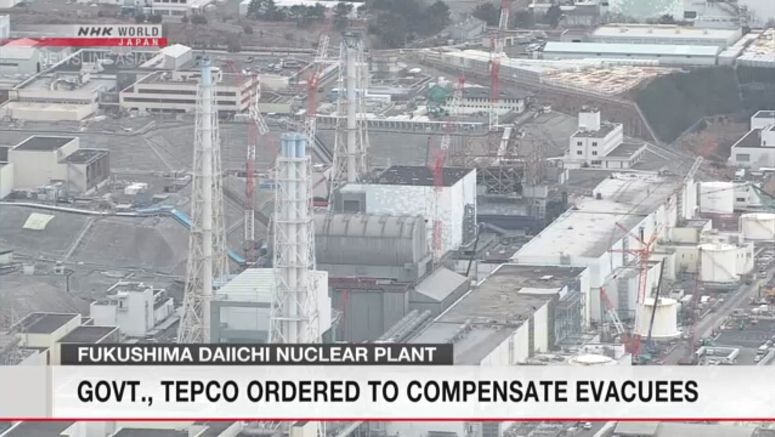 A district court in Japan has ordered the government and Tokyo Electric Power Company to compensate citizens who say they lost their livelihoods after the 2011 accident at the Fukushima Daiichi nuclear plant.

The Sapporo District Court handed down the ruling on Tuesday. The case was brought by 257 people of 78 households who fled to the northern prefecture of Hokkaido from evacuation zones and other areas after the accident. 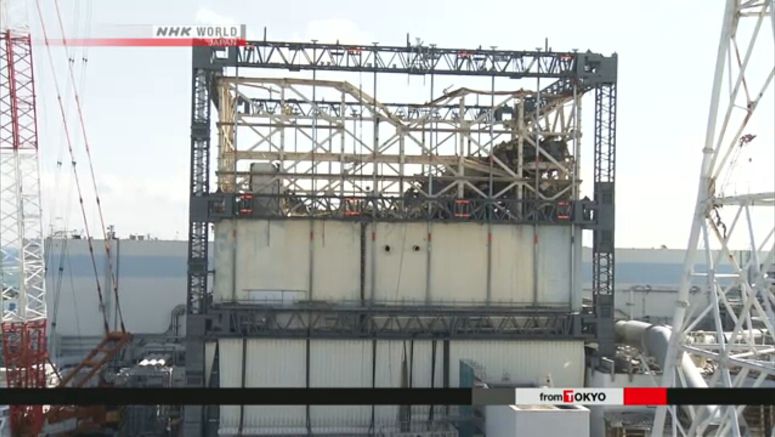 The operator of the Fukushima Daiichi nuclear power plant says it has become difficult to conduct another robot survey inside the containment vessel of one of the crippled reactors by March.

Tokyo Electric Power Company, or TEPCO, made the announcement on Thursday regarding the No.1 reactor, which experienced a meltdown due to the 2011 earthquake and tsunami. The utility says it will announce later when it will begin the survey. 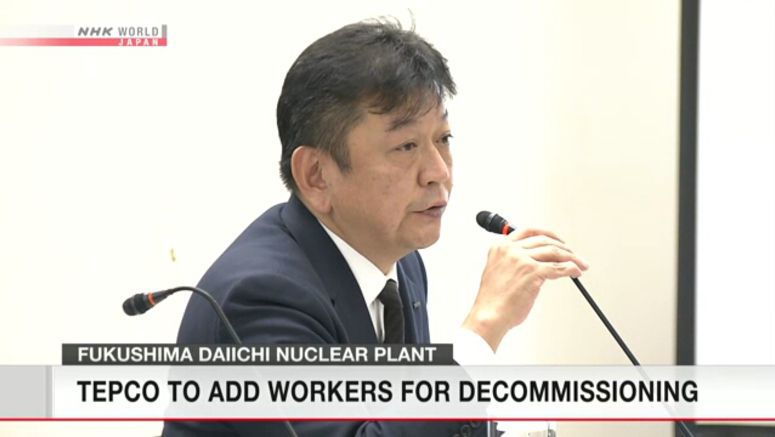 The operator of the Fukushima Daiichi nuclear plant says the firm plans to assign more of its employees to decommissioning work there. The move follows a series of mistakes and other troubles at the site.

Tokyo Electric Power Company President Tomoaki Kobayakawa disclosed the plan when he was summoned to the Nuclear Regulation Authority on Thursday to discuss the cause of the problems and preventive measures.

The operator of the Fukushima Daiichi nuclear plant has resumed work to demolish a damaged exhaust chimney after reporting an extended deadline for the completion of the work to the Nuclear Regulation Authority.

The 120-meter tall exhaust chimney shared by the No.1 and No.2 reactors was heavily contaminated by radioactive substances in the 2011 accident.

The operator of the crippled Fukushima Daiichi nuclear plant says it is having difficulties reducing the height of a damaged exhaust chimney and will extend the deadline to finish the work.

The 120-meter tall exhaust stack shared by the No.1 and No.2 reactors was heavily contaminated by radioactive substances in the 2011 accident. Its steel framework was damaged by the accident.

The president of Tokyo Electric Power Company has apologized to Japan's Industry Minister, Isshu Sugawara, for the prolonged power outages that hit Chiba Prefecture last month in the aftermath of Typhoon Faxai. Hundreds of thousands of people endured blackouts for more than a week.

TEPCO President Tomoaki Kobayakawa has admitted that the company hadn't fully understood the extent of the damage when it announced a schedule for restoring services. The utility initially said the power would be back in a few days.

An appeal has been filed against a ruling that cleared three former Tokyo Electric Power Company executives of professional negligence resulting in death and injury. It was the only criminal prosecution arising from the Fukushima nuclear disaster in 2011.

The Tokyo District Court acquitted the men on September 19.

Tokyo Electric Power Company says it will be difficult to keep installing new storage tanks for processed radioactive water on the premises of the damaged Fukushima Daiichi nuclear plant, due to lack of space.

Officials from TEPCO and the industry ministry announced on Thursday their views on how to handle the water.

A Japanese district court has found all three former executives of Tokyo Electric Power Company not guilty in the only criminal prosecution stemming from the 2011 nuclear disaster in Fukushima.

The executives are: Tsunehisa Katsumata who was the chairman of TEPCO at the time of the accident, and two former vice presidents, Ichiro Takekuro and Sakae Muto. The judges acquitted them on charges of professional negligence resulting in death and injury.

A Japanese district court has found all 3 former executives of Tokyo Electric Power Company not guilty in the only criminal prosecution stemming from the 2011 nuclear disaster in Fukushima.

The Tokyo District Court handed down the ruling on Thursday. A group of citizens that led the case to prosecution vowed to continue to seek justice.

The Tokyo District Court has ruled that three former executives of Tokyo Electric Power Company are not guilty of negligence over the 2011 nuclear accident at the Fukushima Daiichi power plant.

Former TEPCO Chairman Tsunehisa Katsumata and two former vice presidents, Ichiro Takekuro and Sakae Muto, were found not guilty of professional negligence resulting in death and injury. All three had denied the charges, and had pleaded not guilty.

Tokyo Electric Power Company said after the ruling on the Fukushima accident that it will work with an unwavering resolve to strengthen the safety of its nuclear plants.

The utility said in a statement on Thursday that it is aware a verdict was given in the trial concerning the criminal responsibility of its three former executives, but will refrain from commenting on the case.

Tokyo District Court has found the former chairman and two former vice presidents of Tokyo Electric Power Company not guilty in the only criminal prosecution stemming from the 2011 nuclear accident at Fukushima.

A Japanese district court will rule on Thursday whether three former executives of Tokyo Electric Power Company were responsible for the 2011 nuclear accident at the Fukushima Daiichi power plant.

Former TEPCO Chairman Tsunehisa Katsumata and two former vice presidents, Ichiro Takekuro and Sakae Muto, were indicted on charges of professional negligence resulting in death and injury. All three have denied the charges, and have pled not guilty.