ALPS, known for its in-car electronics components has put together a Done system that can autonomously inspect powerline infrastructure.

The drone has highly precise and sensitive sensors, including a Lidar, which is a laser-based radar that provides 3D awareness of what’s around the drone. As an upgrade, ALPS is working on adapting an RF (radio-frequency) positioning system that has a 30cm (11-inch) precision instead of the normal 16 feet precision of civilian GPS systems.

We have only recently begun seeing Mitsubishi’s all-new 2021 Outlander crossover out and about in prototype form, wearing full body camouflage over a completely redesigned exterior.

There is a 2020 Toyota Supra currently residing in Bahrain that could very well be the finest example anywhere on earth.

The Nissan Note Nismo Black Limited edition is the latest in a long list of JDM models denied to the rest of the world.

You can find some pretty weird-looking vehicles on roads in the United States and this is certainly one of the most bizarre.

According to the description of the accessory, “Hori is pleased to announce the Nintendo Switch Mario Kart racing wheel Pro. The racing wheel is ideal for the Mario Kart and racing gamer. The ergonomic wheel design, pedals, and convenient on-board controls were built to create an authentic racing simulation. Officially licensed by Nintendo.”

While the controller seems to suggest that it is for Mario Kart, Hori notes that it will be usable with other racing games as well, so you should be able to use it with more than just one game. While Hori is not the only company to release a steering wheel controller for the Switch, it does come with some added accessories like pedals that will make the game feel a bit more realistic.

There have been many comparisons drawn up with the Nintendo Switch and the 3DS handheld console. This is because both consoles feature touchscreen controls and can be played in handheld mode. This is extra true with the Switch Lite that has been designed specifically for handheld gaming.

However, one of the unique features of the 3DS is its included stylus which can be used to play certain games, but now it looks like that line between the Switch and 3DS is about to get blurrer. This is because in a post on the ResetEra forums, it has been discovered that Nintendo has an official stylus designed for the Switch that will be launching later this year.

How much are willing to spend on a daily driver that will put a big smile on your face and still has a decent-sized backseat and boot that's actually big enough for luggage?

Like its Subaru BRZ sister model – and despite some criticisms over the years about the lack of power, the Toyota 86 has managed to capture the hearts of many drivers, thanks (mainly) to its agility and great handling that delivers a raw driving experience.

If you love playing old and classic video games, Nintendo and Bethesda might have some news that could make you very happy. In a tweet by the official DOOM account, it has been revealed that DOOM 64 will be launching on the Nintendo Switch console this coming November, or to be more specific, the 22nd of November.

In case you’re not familiar with DOOM 64, this is a title that was originally released back in 1997 where in case the name already did not give it away, was a version of Doom that was launched for the Nintendo 64 console. It was not a port of the game, but rather a sequel. It has been about 22 years since (we wonder if this might be the reason behind the 22nd of November date) so if you’re looking to relive a classic, then you’ll want to keep an eye out for it.

Depending on how you look at it, the Lexus LFA could be considered a massive success or a flop.

If you're a car enthusiast with a Netflix subscription, you have to watch the streaming service's latest series that’s aptly named Hyperdrive.

The Mazda MX-3 is perhaps that Japanese coupe you forgot existed but after you watch the video below, we think the its name will stick in your head for quite some time. 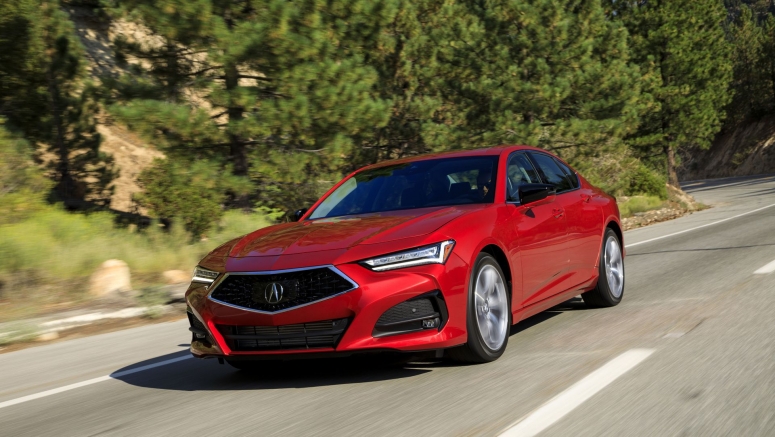