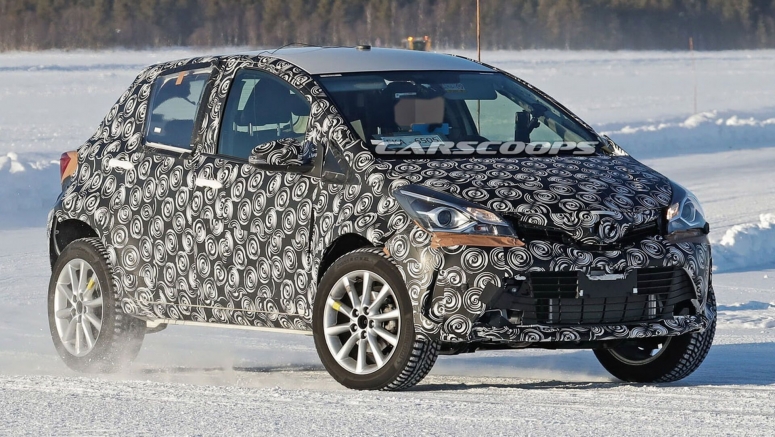 Update: Toyota told CarScoops that they will present the new B-SUV on April 23. “Indeed we will unveil this vehicle on 23rd April, in a digital way”, said a spokesperson.

Sony has confirmed a new online broadcast for tomorrow. Dubbed “State of Play,” the company will announce new games, show new trailers for the first time, and provide fans updates on the new titles in the pipeline for the PlayStation 4 and the PlayStation VR.

The idea for this broadcast might feel familiar to you if you regularly follow gaming-related news. Nintendo essentially does the same thing with its Nintendo Direct presentations. It divides announcements in multiple broadcasts throughout the year instead of making a big appearance at an industry event like E3.

The PV for DEAN FUJIOKA's new song "Maybe Tomorrow" has been uploaded onto YouTube.

"Maybe Tomorrow" can be found in DEAN's latest album "History In The Making", which was released on January 30. It was written as the theme song for TV Asahi's drama 'Boku no Hatsukoi wo Kimi ni Sasagu.' The PV stars Kurihara Rui and Ayaka Wilson as a young couple in love. As if he's watching over the two, DEAN sings at a church and a steep cliff. The PV was directed by film director Ninomiya Ken who also directed the PV for "History Maker" revealed earlier this month.

Samsung’s annual developers’ conference kicks off tomorrow in San Francisco, California. The company has now revealed that it will be showcasing its Android 9 Pie beta at the event. It’s about time that the company revealed information about the next major Android update for its devices. Some of its rivals are already done with their beta programs and have even released the update.

Back in August, NASA's love affair with Nikon cameras made the news when the space agency ordered 53 unmodified Nikon D5 DSLRs that it would use on the International Space Station and for 'training purposes' here on Earth. Ten of those D5 cameras are scheduled to make it to the ISS this week.

Packed aboard the Orbital ATK OA-8 Space Station Cargo Resupply Mission that took off this Sunday at 7:19am Eastern time, the camera are scheduled to arrive at the ISS tomorrow morning around 4:50am (you can actually watch live coverage of the rendezvous on NASA TV starting at 3:15am).

Science-Fantasy in a post-apocalyptic world – a mix of genres, a curse or a blessing?

In celebration of tomorrow's PS4 release of Elex – and since the final days of a project always make us a little emotional – we thought we'd look back at the early days of the project and give you a little insight into the thoughts and ideas that went into the design of Piranha Bytes' biggest project to date.

Hey all, this is Joe Madureira, Creative Director of Airship Syndicate and creator of the Battle Chasers comic series on which Battle Chasers: Nightwar is based. With the beta already in the hands of thousands of our Kickstarter backers, and since we’ve just about made it to the official launch, I thought I'd shed some light on the epic journey that's gotten us here.

It's hard to believe that it's been 268 days since the release of Titanfall 2. We've been very busy since then, and it's gone by quick! Prior to the release of Titanfall 2, we said we were committed to supporting the game post-launch with free DLC drops and more. Since launch, we've released lots of great content that have not only improved the game, but also kept a thriving, dedicated community playing.

The all-new 2017 Honda Civic Type R – the ultimate performance variant of America's best-selling car1 and the first-ever Type R-badged Honda sold in the U.S. – goes on sale starting tomorrow in one comprehensively-equipped Touring trim with a Manufacturer's Suggested Retail Price (MSRP)2 of $33,900.

The latest teaser image doesn't reveal much but it shows the car will be equipped with lightweight STI-branded wheels that are wrapped in Michelin Pilot Sport rubber. We can also see a Brembo braking system with red calipers and what appears to be a ground effects package.

The completely redesigned, all-new 2018 Honda Odyssey arrives at Honda dealerships nationwide tomorrow with a Manufacturer's Suggested Retail Price (MSRP)1 starting at $29,990. The Odyssey has been the best-selling minivan in America for the past seven years and is leading again in 20172. This fifth-generation Odyssey continues its evolution to meet the needs of changing American families, raising the bar for performance, cabin quietness, family-friendly interior space, comfort and connectivity in the minivan segment.

When it comes to video game characters, there are few that have the same recognition as Nintendo's Mario, although we reckon that Sega's Sonic the Hedgehog comes pretty close. Now if you're a fan of the Sonic franchise, it seems that we could be treated to some Sonic related news tomorrow.

This is thanks to a recent tweet by the official Sonic the Hedgehog Twitter account in which an image was posted along with the caption that reads, "Tomorrow". We're not sure what the announcement will be about, but some have speculated that this could be related to Sonic Forces which is an upcoming Sonic game.

Honda is introducing the all-new, five-passenger 2017 Clarity Fuel Cell with a multi-channel marketing campaign, "Always Thinking About Tomorrow," focused on taking fuel cell technology mainstream by educating consumers about the advantages of Honda's all-new fuel cell vehicle as an everyday drivable sedan that uses hydrogen as a fuel source.