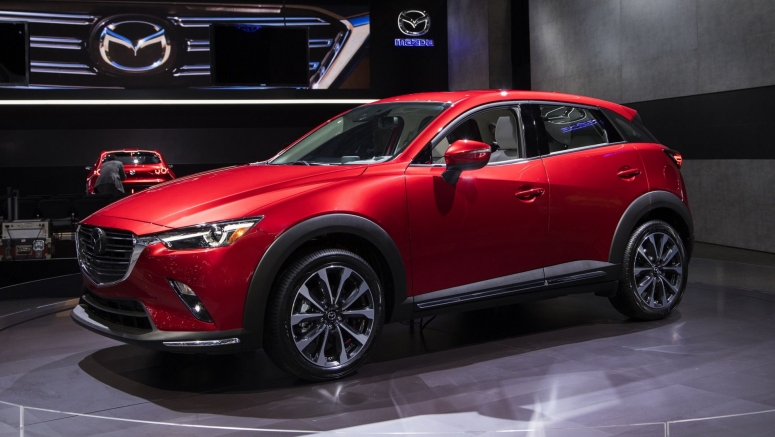 Mazda has announced pricing details on the 2020 CX-3 which now packs more kit as standard and is offered in just one trim level, namely the Sport.

The Honda City subcompact sedan is back for a fifth generation, bringing fresh design inside and out as well as an all-new platform shared with the 2020 Jazz / Fit.

Along with Honda's announcement of the Honda E electric city car's production name, CEO Takahiro Hachigo today revealed a smattering of other initiatives and plans for Honda's future. Perhaps the most intriguing is a new vehicle platform to be announced next year with a "global model." It will be called Honda Architecture, and Honda says it's going to increase development efficiency and expand parts-sharing between models built on the platform. What Honda didn't tell us was what model we'll see on the platform first. Since the vehicle will be introduced next year, we expect it to be for the 2021 model year. It's tough to say which vehicle will be getting this platform first, as Honda has many global models: Civic, Accord, CR-V, Fit and HR-V.

The Accord and CR-V are both already loosely based on the Civic's platform, so where that car goes, the others will follow and vice-versa. The HR-V is a Fit-based crossover, but the new Fit was announced to be shown at the Tokyo Motor Show this fall — this means it can't be the car using the new platform, since Honda says the "Honda Architecture" is coming to a model announced in 2020. Honda also said this new Fit will be getting a next-generation version of its i-MMD hybrid system. We expect absolutely stellar fuel economy from a hybridized Fit — you can check out the next-gen Fit in spy photos here.

Earlier, Toyota only offered the C-HR with two trim levels, the XLE and XLE Premium, but the latter has now been removed, and there are three versions. The LE's introduction means a touch of de-contenting, as the base model is offered with 17-inch steel wheels and a plastic steering wheel. While there are LED DRLs, the headlights are halogen. Still, even the LE gets the 8-inch touchscreen that is Apple CarPlay compatible, and dynamic radar cruise control. As well as the DRCC, all models get Toyota's Safety Sense suite that includes collision avoidance systems such as automatic emergency braking and pedestrian detection and steering-assisting lane keeper.

Nissan revealed the Leaf e+ at the 2019 Consumer Electronics Show earlier this month. A range of 226 miles was, and still is, touted as the main selling point over the normal Leaf. It appears the base level S trim is the only Leaf with that much range, though. Ponying up for the SV and SL trims will end up netting you an EPA-estimated 215 miles each. That's an 11 mile drop, one Nissan said is "mostly due to weight differences" when we asked.

How much weight you ask? Here are the trims, weights and ranges laid out for you:

Followings its debut in Japan, Mazda has introduced the 2019 CX-5 at the Seattle Auto Show.

Toyota continues to celebrate the 50th anniversary of the Hilux with a new top-of-the-line grade and a limited edition of its pickup truck.

Mitsubishi has simplified and streamlined its ASX range in the UK to contain a single and well-specified trim level dubbed Juro. Prices start from £19,195 OTR, for which you get enhanced styling both inside and out.

Order guides reveal that, for the 2019MY, the Toyota Camry is in for some trim level updates and pricing revisions.

Toyota is operating a few changes across the C-HR family, with the most significant one being the introduction of a new entry-level grade.

Lexus gave us a good preview of the new ES luxury sedan ahead of its Beijing reveal, and now we get to see the real thing. Visually, it's pretty typical Lexus fare. It has the ever-controversial "spindle" grille up front with either form-following slats on standard models, or a sportier mesh on the new F Sport trim, a first for the model. It's about 2 inches, give or take a few tenths, longer both in overall length and wheel base and wider than the previous model. The F Sport also adds a rear spoiler, 19-inch wheels, a unique rear valence and an available blue metallic shown above. The headlights are perhaps the most crisp and clean of any modern Lexus, incorporating a bit of edgy design without becoming overly curvy and complex. The same goes for the rest of the car, which has clean, muscular curves, a hint of a fastback roof, and sharp taillights, all of which have a Lexus feel, but toned down and more elegant. The ES also looks reasonably distinct from the Camry and Avalon with which it shares a TNGA platform, particularly in the roofline.

The inside is an even bigger departure from those Toyotas, and an evolution from the old ES. The instruments are housed in a trapezoidal cowl that looks to have come straight from an LS or LC, and comes complete with the little switch cylinders on either side. The instruments themselves also feature the multifunction display similar to those high-dollar Lexus models. The dash is fairly swoopy, but it also appears to be less busy than the outgoing model. It will come with either a standard 8-inch infotainment screen or an optional 12.3-inch screen, both of which are controlled with the Lexus touchpad. You'll also be able to use Apple CarPlay, making the ES the first Lexus with the feature. The F Sport also brings new features such as aluminum trim with waves inspired by Japanese swords, and switchgear for the new Sport+ mode.

Toyota is dropping the iA moniker from the Yaris for 2019, giving its dominating front grille a honeycomb insert, adding some piano black accents and chrome trim, and making its entry-level sedan available in three trim levels for the first time.

Formerly known as the Scion iA and then the Yaris iA and derived from Mazda, the 2019 Yaris will come in three grades when it goes on sale this fall: the L, LE and premium XLE. The Yaris iA previously came with a single spec with the only choice being between a six-speed manual or automatic transmission.

We were heartbroken to learn that Alpine wouldn't be offering any A110s in the United States, left as we are lusting for the blue sports coupe from a afar. Now we can lust for it in multiple colors and variants. Alpine has announced that the A110 will now be available in two trim levels, in a (small) selection of colors, and with multiple wheel types.

The two trim levels include Pure, which doesn't come with any special extras and is equipped similarly to the first run of 1,955 Premiere Edition models, and Légende, which adds some comfort and convenience features. Among the equipment included on Légende models are leather-upholstered six-way adjustable seats and carbon fiber interior trim.