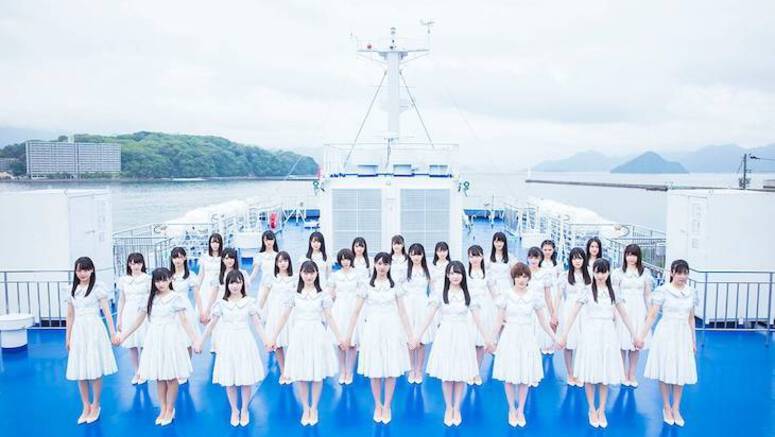 "Mubo na Yume wa Sameru Koto ga nai" is the title track to the group's fourth single to drop on January 29. The PV was shot at Chichibugahama in Kagawa and Ushimado Olive Garden in Okayama. At Chichibugahama, the 16 senbatsu members and a group of dancers do a 'gunbu dance' choreographed by Tsujimoto Tomohiko, who is known for choreographing Foorin's "Paprika."

Kinoko Teikoku have unveiled the PV for their new song "Yume Miru Koro wo Sugitemo."

This song is included in the band's latest album "Time Lapse", which was released on September 12. Directed by Pennacky, the video portray the hearts of young people who are stuck in the gap between reality and dream.

Kuraki Mai has revealed the short PV for her new song "Koyoi wa Yume wo Misasete."

Digitally released on August 8, "Koyoi wa Yume wo Misasete" is the ending theme for NHK Sogo's anime 'Tsukumogami Kashimasu.' In the PV, you can see Kuraki singing in a magical world with an exotic atmosphere. It also stars Komatsu Mikako, who is a fan of Kuraki, dressed as a shrine maiden.

Sheena Ringo is getting ready to release her second self cover album "Gyakuyunyu ~Kokukyoku~" on December 6. From this album, she has unveiled the PV for "Jinsei wa Yume Darake."

"Jinsei wa Yume Darake" was written for Kanpo Seimei's TV CM starring Takahata Mitsuki. In the PV directed by Kodama Yuichi, you will find the singer wearing a 45-year-old vintage green coat that she borrowed from her mother. In addition, her necklace was made with needle and thread by her 4-year-old daughter.

aiko will release a new single titled "Yume Miru Sukima" on April 29.
"Yume Miru Sukima" is aiko's 33rd single, and it comes about 5 months since the release of her last single "Atashi no Mukou". While details on the single will be revealed later, it's already known that the limited edition will come with a color tray.

Haruka Honda (Miyu Yoshimoto) is a short distance running record holder. She is favored to win at the Junior Olympics. While practicing, Haruka Honda suddenly becomes dizzy and collapses. After taking medical tests, she is diagnosed with a brain tumor.

NICO Touches the Walls has covered Charmonchy's song "Hana no Yume". This will be be the coupling song for the band's new single "Tenchi Gaeshi", which will be released on June 11.

Tamura Yukari has unveiled the short PV for her new song "Koi to Yume to Soradokei" through King Records official YouTube channel.

A teaser for Kahala Tomomi’s upcoming single, “Yume Yaburete -I DREAMED A DREAM-“, has been uploaded onto Universal Music Japan’s official YouTube channel!

The singer’s first single in about 7 years is a Japanese cover of the song from the musical ‘Les Misérables‘. It will be released on April 17th.