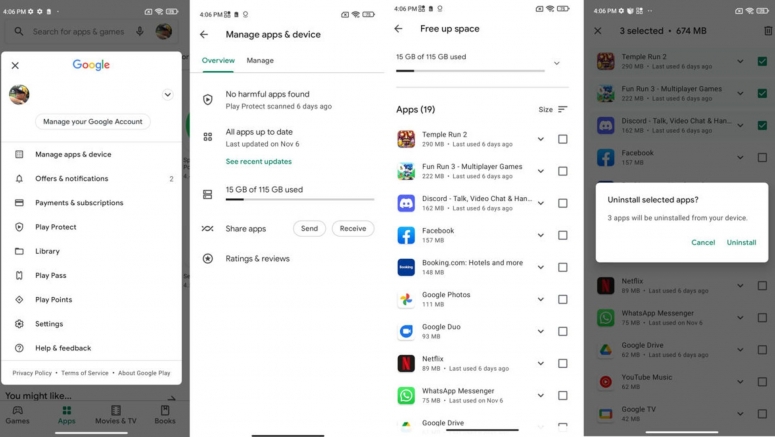 Over the years of using our phones, we accumulate a ton of apps. Some of these apps might only be used once or twice because of special circumstances or needs, and then never used again. Ideally we would delete these apps after using them, but more often than not, we forget.

This means that over time, our phone’s storage ends up being eaten up by these apps that we no longer use. If you’d like to learn how to do some spring cleaning of your phone quickly and efficiently, instead of going through apps one by one, then here’s what you need to know on how to batch uninstall multiple Android apps at once.

Now all the apps you’ve selected will be uninstalled and deleted from your phone. Keep in mind that these are only apps that have been installed on your phone via the Play Store. This means that if you’ve sideloaded apps or are using a different app store, like Amazon, Epic, or Samsung and so on, they won’t be listed here and you’ll have to remove those separately.