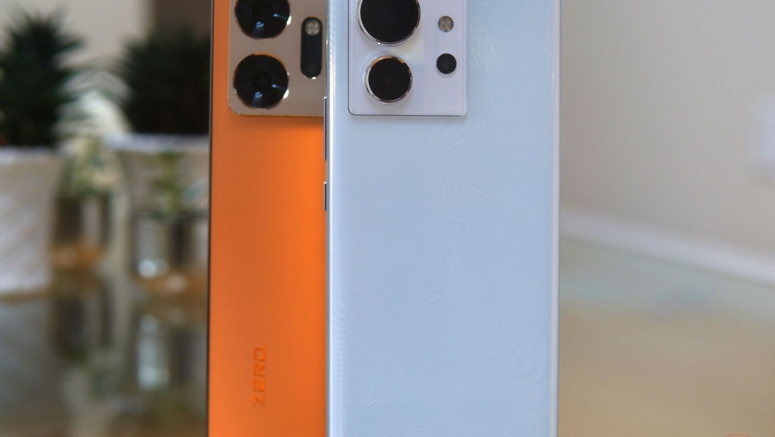 The Infinix Zero Ultra ($520, official page) is the more powerful of the two and features a MediaTek Dimensity 920, which we previously covered. It’s an excellent computing platform designed for this use case of bringing features, including 5G and advanced camera features, to a mainstream market.

The Infinix Zero Ultra’s back cover comes in two colors with an original glass texture. The White version features a pearl-like iridescent surface that varies depending on incoming light.

The Black one has a mix of black matte glass and carbon-fiber-like material, giving it a “sporty” look. It’s a great way to address two radically different user tastes.

Among the notable features of the Infinix Zero Ultra, a few caught our attention and are worth highlighting.

The Infinix Zero 20 ($270) seems extraordinarily competitive and could shake the Android smartphone market in several regions.

Infinix is not yet known in the USA, but it has made enormous strides in Latin America and other markets, thanks to a finely-tuned marketing and communications strategy and high specs in several market segments.

Powered by the proven Mediatek Helio G99, this $270 phone has a 108MP camera sensor, supplemented by two additional sensors, including ultrawide. Although the number of megapixels isn’t the only quality metric, but it’s a sign the Zero 20 uses recently introduced electronics (and software).

That’s a far cry from potential competitors that still use camera sensors that have been around for years.

The 6.7” FHD AMOLED display should prove great for daily usage, including casual gaming, movies, etc. And when you need a charge, the 45W charger can get you from 0 to 75% in 30mn. That’s a charging power equivalent to the most expensive big brand phones, and unlike big names, the high-power charger is included (another $50 value).

The most notable feature of the Infinix Zero 20 might be its 60MP selfie camera. Vloggers / Tiktokers should notice, and OEMs are working hard to sway their phone purchase decision. We see a new selfie-camera arms race, and that’s exciting.

It will be fascinating to compute these phones’ performance/value numbers because, on paper, it looks like they are crushing it in their respective segments.