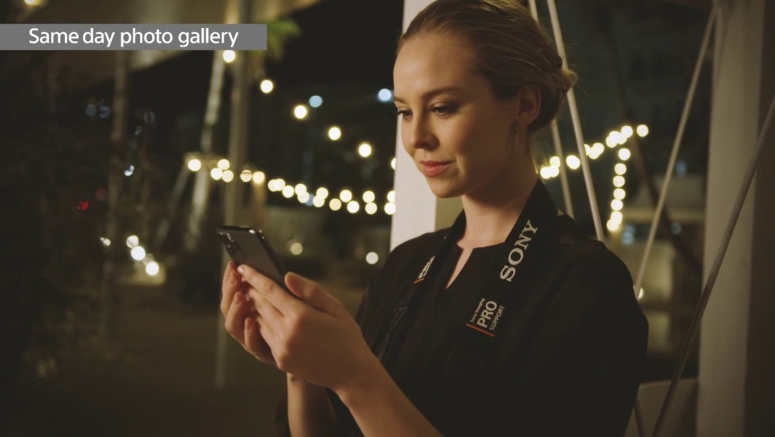 One of the problems that professional photographers face when shooting in the field, like during a live event such as a wedding, is that there is always a chance that their cameras or memory cards can fail and all the photos that they’ve taken are lost. This is usually why wedding photographers work in teams and carry multiple cameras.

Sony is hoping to make their lives easier by launching a new app and storage service called Visual Story. This app allows users to pair their Sony cameras with a mobile device like an iPhone or iPad, and whenever photos are taken they are immediately transferred to the app and to Sony’s cloud service.

This means that as you take photos, Sony is helping you create two backups – one on your phone and the other in the cloud. This should hopefully reduce instances where cameras fail and photos are lost because with the app, photos taken are transferred more or less immediately.

The app will also do more than just act as a backup. It will also use AI to help users automatically sort and filter photos, and also group them based on subject matter so that photographers will be able to quickly go through their shots when they’re done. The app will be compatible with the a7C, a7R IV, a7S III, a9, and a9 II for now, and will also be exclusive to iOS devices for the time-being.