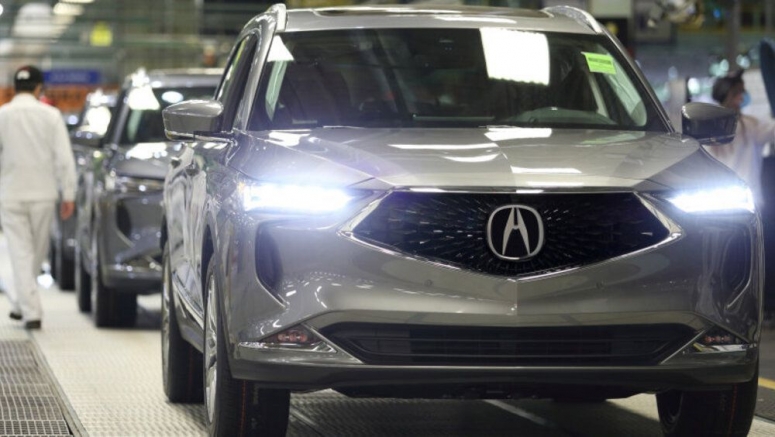 Production for the 2022 Acura MDX is officially underway in East Liberty, Ohio. We got to see the MDX Proto late last year, and the final production MDX was revealed a couple months after it in December. Now, Acura is screwing them together.

Acura says the new MDX should begin to hit dealerships on February 2. It feels mighty early for a 2022 model year vehicle to already be hitting dealers, but that's just how Acura is handling it. Only the standard MDX with its carryover 3.5-liter V6 (290 horsepower and 267 pound-feet of torque) will be available at first. We'll have to wait until summer for the Type S and its 3.0-liter turbocharged V6 (355 horsepower and 354 pound-feet of torque) to come online, similar to the TLX Type S.

Just like the TLX, the MDX is riding on a new platform this year. It’s designed to be much more athletic and luxurious than before. We’ll be getting our first turn behind the wheel soon, so you’ll want to come back for the first drive to see how Acura executed. The TLX’s chassis and handling improvements give us high hopes for the MDX to see similar gains in refinement and agility.

There is one first for Acura when it comes to the physical production process of the MDX. It’s the first Acura to use the plant’s new 5,000-ton stamping press. Acura says this new machine allows for "sharper sculpting of the hood and body panels while forming steel and increased amounts of aluminum."

For all the details we currently know about the MDX, check out our full reveal post here.