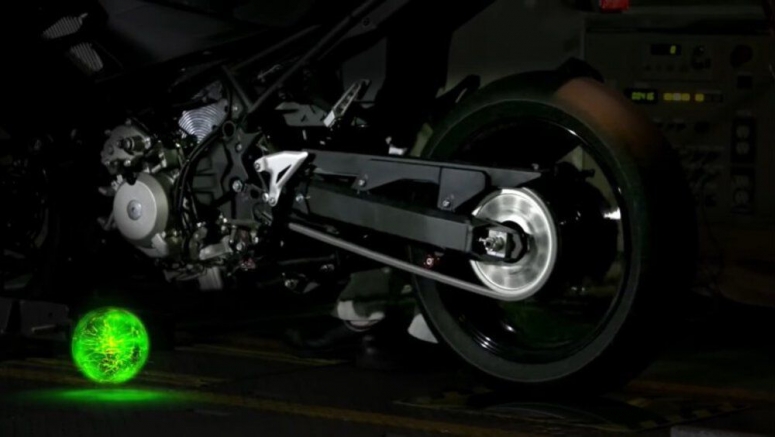 Kawasaki hinted its future range of motorcycles will include a hybrid model. It's busily developing one of the industry's first gasoline-electric two-wheelers, and it released a video to explain how the technology works.

Pay no attention to the sci-fi three-wheeler leaning into a turn at the beginning of the film; the hybrid bike won't look anything like it, for better or worse. We haven't seen its full design yet, but the firm explained it's being developed to switch among gasoline, electric and hybrid power. It relies on an armada of sensors to identify the type of road it's traveling on and adjust its powertrain accordingly. For example, the software charges the battery pack while the bike is traveling on the highway, shuts off the gasoline engine when it rides through a city core, and leverages both power sources on a twisty road. Hybrid cars have been doing this for years.

A key Japanese member of the International Campaign to Abolish Nuclear Weapons, or ICAN, has expressed joy at the UN treaty to ban nuclear weapons reaching the required 50 ratifications to go into effect.

ICAN International Steering Group member Kawasaki Akira looked back on the path he took with many atomic bomb survivors during an online news conference. 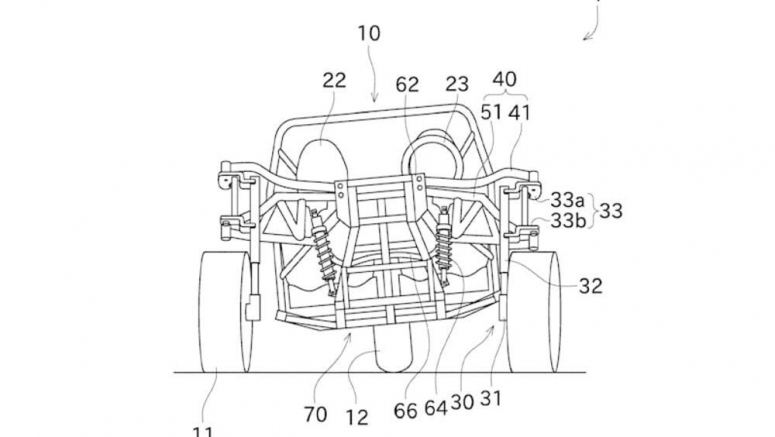 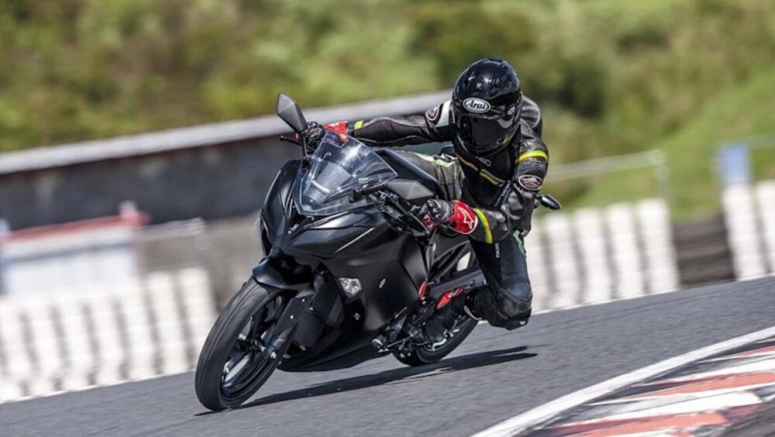 Kawasaki confirmed its upcoming entry into the blossoming electric motorcycle segment will offer a manual transmission. Called Endeavor, the model is being developed with track use in mind, so engagement is key.

The Japanese company is in the process of teasing the battery-powered model on its official YouTube channel. The latest installment in the 10-episode series shows a prototype bike whirring away on a race track as the rider uses the foot-operated lever to go through the gears. "The manual transmission not only allows a greater speed range, it also allows the rider to have greater input when operating the bike," the company said.

Hillclimb competitions are home to some of the most crazed performance cars on the planet. This Fiat 850 is one of them.

Police say the man who stabbed 19 children and adults near Tokyo on Tuesday carried out the attack in less than 20 seconds.

The man stabbed 17 elementary school girls and two adults on a road in Kawasaki City on Tuesday morning.

Police say an elementary schoolgirl has been confirmed dead following a mass stabbing near Tokyo.
Police also say they took into custody a man who stabbed himself in the neck. He later died.

The incident took place on a road in a residential district in the city of Kawasaki on Tuesday morning.

The past year has seen the electric motorcycle market take numerous major steps forward. Harley-Davidson finally showed off its production LiveWire, Zero released the super-cool upgraded SR/F naked streetfighter, Buell announced it is relaunching as an electric brand, Honda announced the CR Electric prototype, Husqvarna showed off a knobby electric minibike and Japan's Big 4 (Kawasaki, Yamaha, Honda, and Suzuki) reportedly agreed to work together on electric motorcycle standards. A new chapter in the electric two-wheeler story has been added this week, with the discovery of a Kawasaki patent that explores the idea of a sport bike with batteries that could be easily swapped.

The idea of battery swapping has been a topic of discussion for years. Although auto manufacturers have been able to push beyond previous battery limitations with chemical improvements and the advantage of space and size, smaller vehicles such as motorcycles are still dealing with the idea of range anxiety. The most obvious, but extremely complicated, solution is battery swapping. Last year Honda announced it was partnering with Panasonic to trial battery swapping with small motorcycles in Indonesia. Now it appears Kawasaki has been exploring similar tech.

The Fiat Cinquecento was an extremely compact, and pretty basic, city car whose production ended approximately 20 years ago, and the grandfather of the modern 500.

Pit a superbike against a supercar and it is usually the two-wheeler which will run away with victory in the straight line. However, the Kawasaki Ninja H2 is no ordinary superbike and the Mclaren 720S is far from a typical supercar. So, which is quicker?

Takagi has been holding a solo concert every March 9 since 2015 making this her fourth time. Tickets will be available for pre-order via Momoclo's official fan club 'ANGEL EYES' until January 31.

Takagi has been holding a solo concert every March 9 since 2015 making this her fourth time. Tickets will be available for pre-order via Momoclo's official fan club 'ANGEL EYES' until January 31.

At the 2013 Tokyo Motor Show, Kawasaki unveiled the three-wheeled, battery-powered, transforming Concept J motorcycle. Looking like perilous technology teleported from Canis Major, the Concept J rider has a choice of slinking over a low-down sportbike, or sitting upright on an urban cruiser. In sportbike mode, the suspension pulls the two front wheels close together. In town-touring mode, the seat rises, the footpegs drop, and the front wheels spread for easy stance.

When we didn't hear anything about the bike after Tokyo, everyone assumed the Concept J took its neon green shark fin and red Tron hub to the overstuffed graveyard of concept vehicles. But it seems Kawasaki's playing the long game: The Japanese bikemaker's U.S. arm posted a promo vid that features the Concept J. The alien wonder's appearance could be another MacGuffin, but Honda and Yamaha have shown motorcycles with features that intersect with the Concept J. Honda displayed its self balancing Riding Assist-e, with its automatically adjusting front geometry, at last year's Tokyo Motor Show. Yamaha put its three-wheeled Tri-City into production in 2014, then followed that up with the more powerful, and weirder, three-wheeled Niken last year.

I've visited many temples, shrines and castles, but I've never before felt or experienced quite what I did at the Japan Open-air Folk House Museum in Kawasaki.