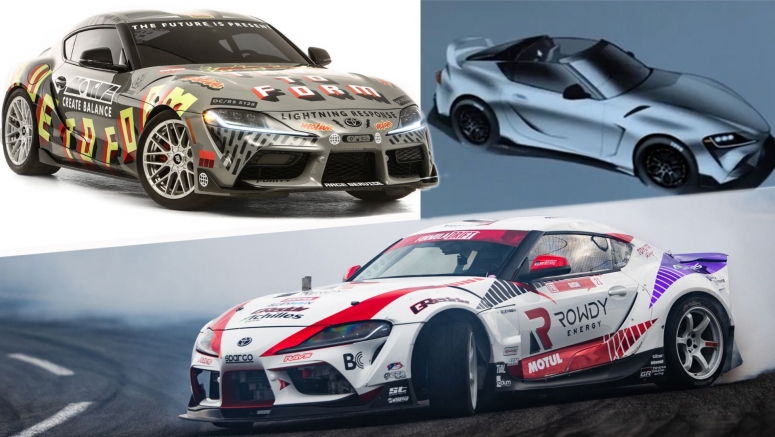 It wouldn't be SEMA without Supras, and Toyota was more than happy to oblige as the company has introduced a one-off art car.

The new passport has 24 landscapes from the "Thirty-six Views of Mount Fuji" series from the 19th century. The prints serve as background for the visa pages used for entry and exit stamps. The design of the front page remains the same.

The Japanese embassy in Austria has withdrawn its recognition of a commemorative art exhibition in Vienna, explaining that it does not match the purpose of promoting bilateral friendship.

The exhibition has been held since late September as one of the programs to mark the 150th anniversary of the establishment of diplomatic ties between Japan and Austria.

A controversial exhibit about freedom of expression has reopened at an international art festival in Aichi Prefecture, central Japan.

Aichi Triennale 2019 opened on August 1. But three days later, one of its exhibits was called off due to threats over some of the works on display. They included a statue symbolizing those referred to as wartime comfort women.

A controversial exhibition about freedom of expression at an international art festival in central Japan will reopen on Tuesday.

Aichi Triennale 2019 opened from the beginning of August in Aichi Prefecture.

A rally has been held in Tokyo to protest the cultural affairs agency's decision to withhold subsidies for an international art festival.

The agency last week canceled subsides of about 720,000 dollars for "Aichi Triennale," which is underway in the central prefecture of Aichi.

Organizers of an international art festival in central Japan are planning to reopen a controversial exhibition about freedom of expression next week. Its cancellation sparked debate about the relationship between politics and art.

Aichi Triennale 2019 opened on August 1 in Aichi Prefecture. Three days later, one of the exhibitions was called off due to threats being made about some of the works on display, including a statue symbolizing those referred to as wartime comfort women.

The Japanese government has decided not to provide the planned subsidies for an international art festival underway in Aichi Prefecture.

One of the exhibitions was canceled only three days after it opened on August 1 because of threats. The works on display under the theme of freedom of expression included a statue of a girl symbolizing those referred to as wartime comfort women.

Officials in Aichi Prefecture have filed a complaint with the police after receiving hundreds of threatening emails about an international art festival.

The organizing committee of an ongoing international art festival in Aichi Prefecture, central Japan, says exhibits in a section themed "Deprivation of Freedom of Expression" will be removed because of threats.

The prefectural office, which is acting as a secretariat for the Aichi Triennale Arts Festival, has received critical opinions about the section, in which a statue of a girl symbolizing those referred to as wartime comfort women, was being displayed.

Lexus just did something a bit different, and it has to do with manga art. The headliner piece is the Lexus LC 500 with the masked warrior crouching on top of it, seen above. We think it's objectively awesome, as the car autonomously races away from an exploding city.

The LC 500 was drawn by Bulgarian artist Daniel Atanasov. He says it's "heavily influenced by Japanese culture. The main character is wearing an oni mask, which in Japan are worn at festivals to protect from evil spirits. He is holding a nodachi sword (a type of Samurai sword), and the pose of the character has been influenced by martial arts." Atanasov says the LC 500 is self-driving, controlled by the character on top of the car.

We're coming up on the annual New York International Auto Show, and Toyota is brewing up an all-new, fourth-generation 2020 Toyota Highlander crossover. But instead of revealing it in a typical manner involving a press release and some stock photos of the car, the Japanese auto giant decided to do something different this time around.

Toyota teamed with augmented reality artist Michael Murphy for a unique art exhibition to showcase this new Highlander. Murphy is known for his illusionary and anamorphic 3D art exhibitions and sculptures, which manipulate lighting and shadows to play on human visual perception.

KYOTO--An elegant cloth used to decorate a Buddhist altar at Kodaiji temple here turns out to have been refashioned from a kimono belonging to the wife of warlord Toyotomi Hideyoshi.

A description on the back of the "uchishiki" cloth stated that Hideyoshi's wife, Nene (1549-1624), donated it to Kodaiji in July 1607. Nene commissioned the temple the previous year.

HIGASHI-CHICHIBU, Saitama Prefecture--As if by the magic of anime, a series of beloved characters of Studio Ghibli Inc., including Totoro, Kaonashi (No-Face) and witch Kiki, have mysteriously appeared on a mossy wall along a mountain road here.

The artwork has drawn attention on the Internet and led to an increasing number of visitors. 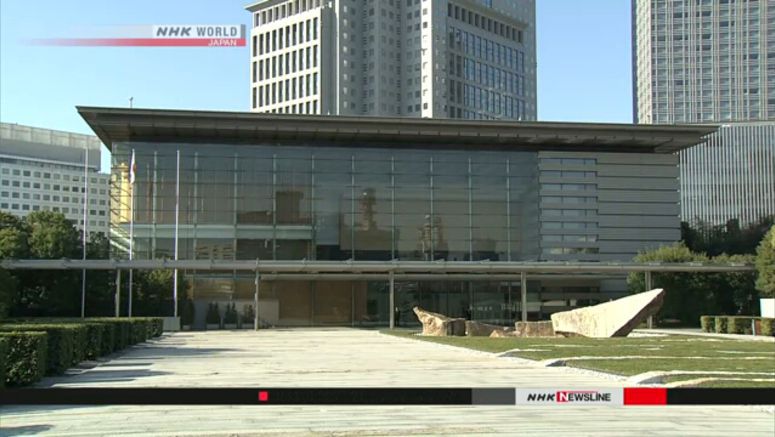