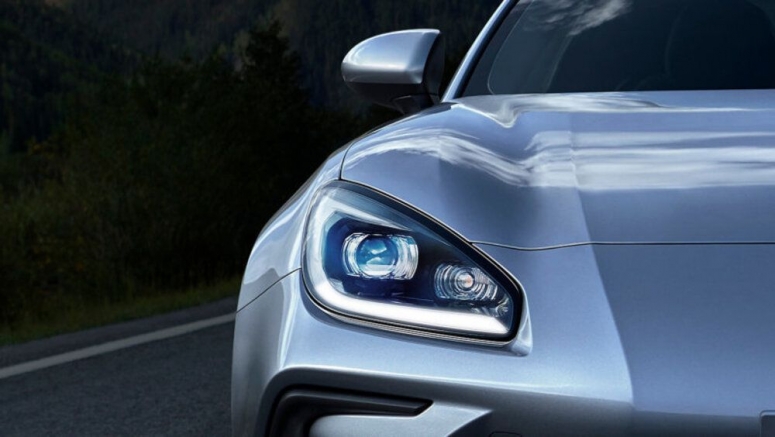 Subaru's second-generation BRZ is clearing its throat before its official debut. While its design remains hidden, the Japanese firm released a video that lets us hear the new coupe's flat-four engine sing for the first time.

Most of the video was shot from the driver's point of view, which is a clever way of keeping the sheetmetal largely out of sight. It allocates more screen time to America's picturesque wilderness than to the car, but the sound of an engine racing from turn to turn and footage of smoking tires breaks the National Geographic vibe.

Industry chatter suggests the exhaust note comes from a version of the 2.4-liter flat-four that powers the Ascent, among other models. In the BRZ, it will likely send about 220 horsepower to the rear wheels via either a standard six-speed manual transmission or an optional automatic. Nothing suggests there will be a turbo under the hood, at least not at launch. Subaru could release a more powerful variant a little bit later in the production run.

Earlier preview images show the second-generation BRZ will wear bigger headlights than the current model, though the C-shaped LEDs inspired by the engine's flat layout remain. It also looks like the grille will again be positioned low on the front fascia. Spy shots confirm its proportions haven't drastically changed, it still wears the archetypical proportions of a nimble rear-wheel drive coupe, but the rear lights are much sharper than before. While it's difficult to tell for sure, we think fewer curves and more creases will be the coupe's main design theme.

Subaru will unveil the second-generation BRZ online this Wednesday, November 18. Sales will start shortly after, and deliveries will begin during the first half of 2021 — in the United States, at least. Subaru confirmed the BRZ will not be sold in Europe, partly because making it compliant with strict emissions regulations would be far too expensive.

Toyota has kept its lips sealed about its variant of the car, but we expect to hear more about it after the BRZ's debut. As of writing, we don't know if the next 86 will again be twinned with the BRZ, or if it will land with a brand-specific design, mechanical modifications, or both. It will also arrive in showrooms during the first half of 2021.