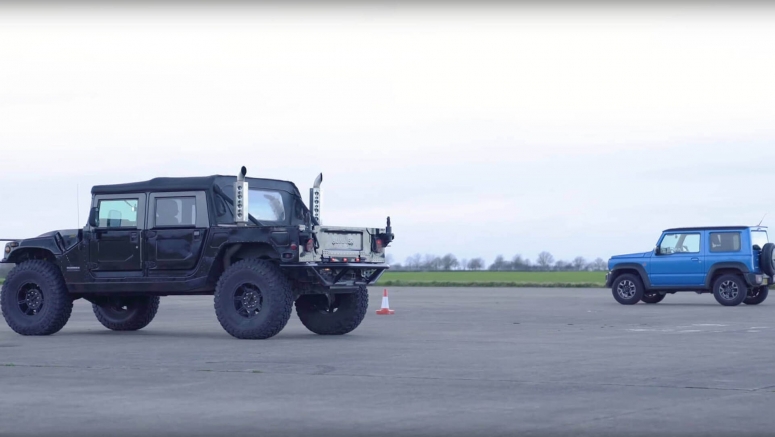 The Suzuki Jimny would probably fit in the back of the Hummer H1, but make no mistake, this is a proper off-roader with all the bells and whistles, including a body-on-frame chassis, low-range transmission, short overhangs and four-wheel drive.

While the new Jimny could make its way through the woods by going around most obstacles, the H1 would redecorate the course. However, the two didn’t meet away from the civilized world, but on an empty airfield, which was used as the battleground for a series of tests.

Driven: 2019 Suzuki Jimny Is Impossible Not To Love

The second test saw the two going head-to-head from a 30 mph (48 km/h) rolling start in third gear, and was as bonkers as the previous one. Finally, the war ended with a brake test, from 50 mph (80 km/h). Can the small Japanese off-roader beat the venerable Hummer? Well, what do you think?