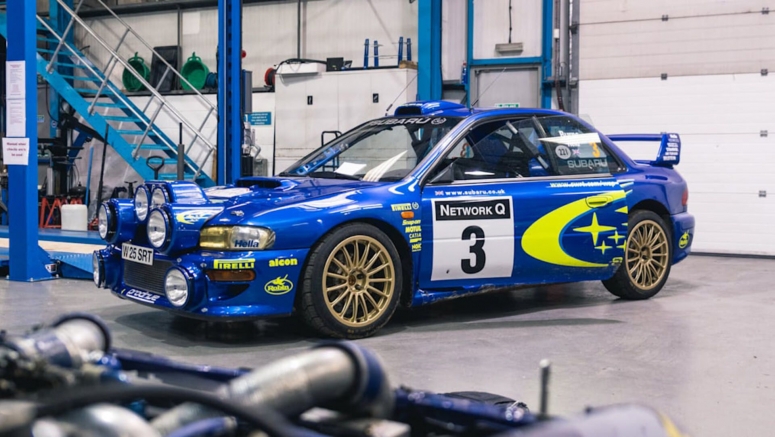 The Subaru Impreza campaigned by Richard Burns and Robert Reid in the 2000 World Rally Championship sold for more than $865,000 last week, becoming the latest high-profile Subaru to bring in big money on a collector car auction site.

"Chassis No. 11 was acquired directly from the finish line of the 2000 Network Q Rally GB after being driven to outright victory by the late, great Richard Burns, thereby preserving its originality," the listing on Collecting Cars says. "It has been in the current private collection for nearly three years, mechanically recommissioned, and has been used for a number of demonstration events to show off its incredible performance and patina."

There were few other details included in the listing, but chassis No. 11's racing pedigree is well-documented. Homologation cars like this one utilized engines that were fairly close to showroom spec, and the class regulations for 2000 allowed the WRX to produce a relatively mild 300 horsepower. Burns' 2000 season was hamstrung by an accident at Rally Finland that ultimately took him out of championship contention, but the car itself was more than competitive.