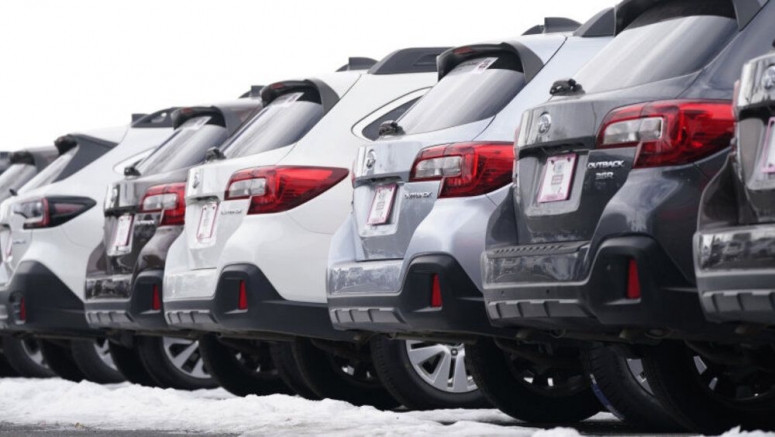 TOKYO — Japanese automaker Subaru Corp will cut output by "several thousand" vehicles this month in Japan and the United States, it said on Thursday, citing a global shortage of semiconductors.

Subaru will adjust production and reduce output at factories in Gunma, Japan, a company spokesman said without specifying exactly how many fewer cars will be made.

The company later said that factories in Gunma will be halted temporarily for two days from Friday because of supply constraints.

Subaru will also reduce output at its Indiana plant, the spokesman said, adding that the company is examining whether further production cuts will be needed from February.

Global carmakers have been hit by a scramble for semiconductors as demand rebounds from the coronavirus crisis.

Subaru rival Nissan plans to reduce production of the Note, a hybrid electric car, at its Oppama Plant in Kanagawa prefecture, Japan,  over the shortage.

Honda said on Jan. 8 that its domestic output could be affected by a shortage of chips. And this week Honda said it would halt output at its British factory from Monday to Thursday next week due to COVID-19 related global supply chain issues, the latest production suspension in recent weeks.

Volkswagen said on Wednesday it would further cut car production at its main plant in northern Germany due to a shortage of semiconductors that has hit the industry worldwide.

Staff producing the Tiguan, Touran, and Seat's Tarraco models at its Wolfsburg site will work reduced hours, the group said in a statement. Production of its bestselling Golf model has already been affected.

Ford, Toyota, and Fiat Chrysler Automobiles have also experienced production problems due to the shortage.

The problem has several causes, industry executives and analysts say, including bulk-buying by U.S. sanctions-hit Chinese tech giant Huawei Technologies, a fire at a chip plant in Japan, coronavirus lockdowns in Southeast Asia, and a strike in France.

More fundamentally, however, there has been under-investment in 8-inch chip manufacturing plants owned mostly by Asian firms, which means they have struggled to ramp up production as demand for 5G phones, laptops and cars picked up faster than expected.