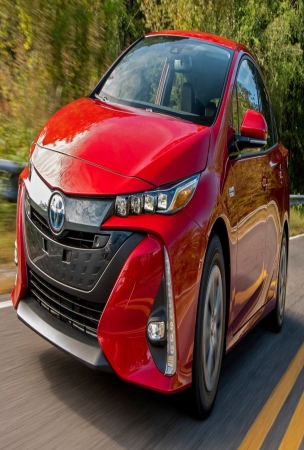 According to a study from iSeeCars, 13.7% of Prius buyers keep their vehicle for at least 15 years. That’s more than twice the average of 6.1%.

Continuing down the list is the Toyota Highlander, which 12.4% of owners keep for at least 15 years. It was followed by the Toyota Tacoma at 11.6%.

Also Read: These Are The Most Popular Used Vehicles In America

Toyota vehicles not only swept the podium, but took all top five spots in the study. 11.5% of Sienna owners keep their minivan for at least 15 years, while 11.3% of Tundra buyers do the same.

As you’ve probably noticed, the list is entirely made up of vehicles from Japanese automakers. iSeeCars Executive Analyst Karl Brauer suggested the reason for this is that "Japanese vehicles, especially Toyota and Honda, are known for their reliability and durability, and attract practical consumers who want vehicles that can be kept on the road as long as possible." He added, "Drivers are more likely to hold onto cars that they know they can rely on and don’t require a great deal of expensive maintenance."

Crossovers and SUVs dominate the list and, on average, 5.9% of owners keep them for at least 15 years. That’s slightly less than truck owners as 6.3% of them hold onto their pickups for a decade and a half.

Speaking of trucks, the Tacoma and Tundra were followed by the Nissan Frontier which 8.5% of owners keep for at least 15 years. The GMC Canyon and Chevrolet Colorado weren’t far behind at 7.8% and 7.6%, respectively.

To determine the percentages, iSeeCars analyzed over 660,000 vehicles from the 1981-2005 model years that were sold in 2020. Of course, it doesn’t necessarily account for vehicles that parents have passed onto their children.