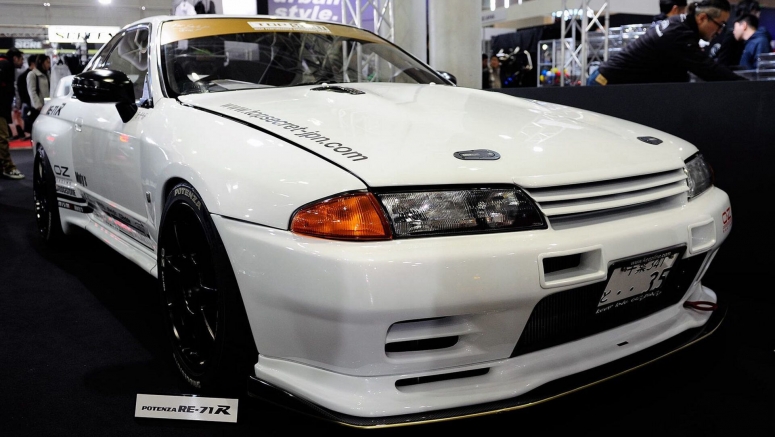 The iconic Nissan Skyline nameplate dates all the way back to the late 1950s. However, it wasn’t until the R32 generation came along in 1989 that the Skyline began amassing its cult following with regards to the GT-R spec.

What makes this particular one special however is, well, where do we even start? It was modified by Top Secret, a high-performance tuner from Japan, who kept the lightweight R32 body, but replaced the entire drivetrain with the one from the R35. Thus, the so-called VR32 was born.

Read Also: This Japanese Lot Is What A Nissan Skyline GT-R Paradise Must Look Like

Its interior also belongs to an R35 and every switch and function is said to work perfectly, from the paddle shifters, sat-nav and audio system all the way to something seemingly insignificant such as the opening and closing system for the trunk and fuel cap.

As for performance, the car features a modded 750 HP R35 engine, as well as the latter’s all-wheel drive system and dual-clutch transmission, making it smoother and overall more pleasant to drive. Don’t believe us? Listen to what Hiroshi Tamura had to say about it, during a recent interview with Roadshow.

The Nissan GT-R chief product specialist can be seen discussing not just the VR32 and how it performs, but also the GT-R brand in general, sharing his feelings on today’s tuner culture as well as the fact that R32s are finally being imported into the United States.