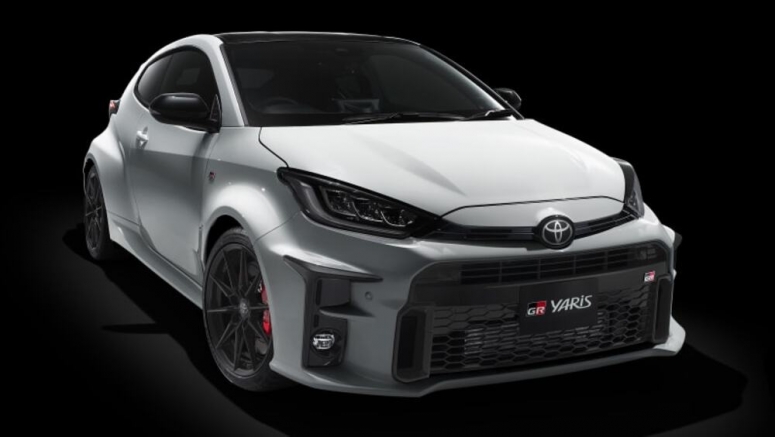 Toyota alchemized the newest Yaris into a street-legal, 268-horsepower pocket rocket in order to homologate it in the World Rally Championship (WRC). It's not going to sell the model here, partly because our Yaris is completely different from the one sold abroad, but it hinted there's a second, America-bound hot hatch in the pipeline.

"While the GR Yaris isn't coming to the United States, perhaps it's time the United States got a Toyota hot hatch to call its own. One that continues to push the boundaries of performance. And one that can only come from Toyota Gazoo Racing," the company wrote on a page of its American website dedicated to the rally-bred Yaris. It also posted the same message — and a photo of the GR Yaris going sideways — on its official Twitter account.

Reading these tea leaves doesn't require a special talent; Toyota wouldn't tease enthusiasts with the prospect of a hot hatch developed with the American market in mind if it wasn't planning on launching one sooner rather than later. The message confirms an earlier rumor but it doesn't shed light on which model the firm is sending to the gym.

While GR Yaris isn't hitting the states…perhaps it's time the U.S. got a hot hatch to call its own. Join the Toyota GR family and never miss an update: https://t.co/qsPgFbY2TI pic.twitter.com/CmD1ozxwVQ

We already have several puzzle pieces to work with, and most signs point to a spicier evolution of the Corolla. It's a size bigger than the Yaris sold overseas, but the two models are built on the same basic platform, so the GR's turbocharged triple and its all-wheel drive system theoretically fit in the Corolla with only minor changes. Whether its 268-horsepower output would stay the same remains to be seen. Similarly, engineers could decide to ditch all-wheel drive in order to save weight and position the Corolla in the same league as the Hyundai Veloster N and the next-generation Volkswagen Golf GTI, which are both exclusively offered with front-wheel drive.

Toyota clearly alluded to a hot hatch, which all but rules out a quicker version of the C-HR. Although it's essentially a hatchback on stilts, the carmaker classifies it as a crossover and bundles it with other high-riding models (like the RAV4 and the 4Runner) on its website. There's the American-spec Yaris, too, but it's a badge-engineered version of the fourth-generation Mazda2 introduced globally in 2014 so we can't imagine Toyota would invest a not-insignificant amount of money into making it quicker and more driver-friendly.

The humble Prius has a hatch, too, but it's as likely to get the full GR treatment as it is to receive a coal-powered drivetrain. We're left with the Corolla, then, and that's good news. It's more engaging to drive than it's ever been in recent memory, and its extroverted design is well-suited to receiving a body kit. Toyota hasn't revealed when it will unveil the model, but it's not unreasonable to assume it will make its debut in the coming months.