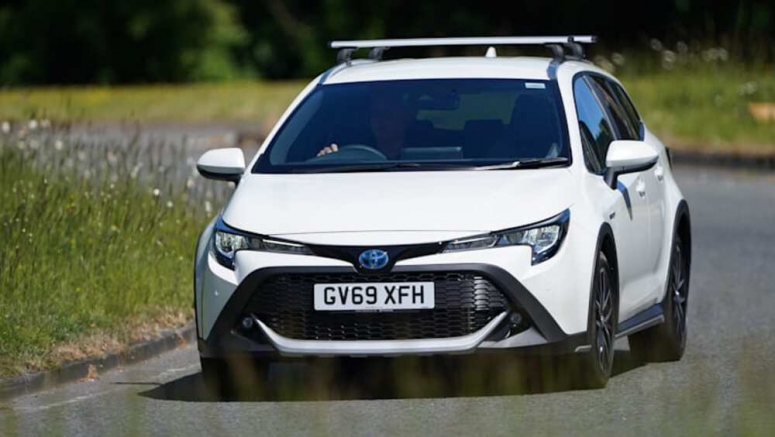 Toyota filed a pair of trademark applications that might shed light on some of the models in its pipeline. It requested to protect the names BZ, which could denote a wagon, and Capstone, which may be a trim level.

Enthusiast forum GR86 first spotted the trademark filings. It speculated BZ might be the name Toyota assigns to the long-roof variant of the Corolla (pictured) it sells in global markets, including Europe, and its hypothesis isn't as far-fetched as it might sound. These initials were briefly used on a Japanese-market version of the seventh-generation Corolla wagon. The nameplate has been dormant since, however. Toyota's trademark application explains it wants to use BZ on "automobiles and structural parts thereof," so a wagon fits this definition, but so would a tie rod, a piece of carpet, or a hinge in the climate control system that the passengers will never see.

Whether it makes sense for Toyota to sell the Corolla wagon here is a point of debate. Honda and Ford left the segment in America long ago, and Volkswagen said the eighth-generation Golf will not spawn a SportWagen variant on our shores (though European buyers will get one). While pelting a wagon into a ring dominated by crossovers might look like marketing suicide, Toyota could hope to lure buyers abandoned by its rivals.

Capstone is a little more enigmatic. The trademark application — which was filed in the United States and in Canada — notes it can be spelled Cap Stone, too, and also links it to "automobiles and structural parts thereof." GR86 speculated it might morph into an off-road-oriented trim level for one of Toyota's models, presumably an SUV or a pickup truck, but the name has never appeared in the company's lexicon before.

As always, it's wise to take trademark filings with a grain of salt. Sometimes, they accurately predict a model due out in a week, a month, or several years. Other times, they're simply precautionary moves that car companies make to ensure a name doesn't end up in the hands of its rivals. Toyota hasn't commented on the report, so we'll need to be patient to find out if a BZ, a Capstone, or both, will roll into its American dealers in the near future.