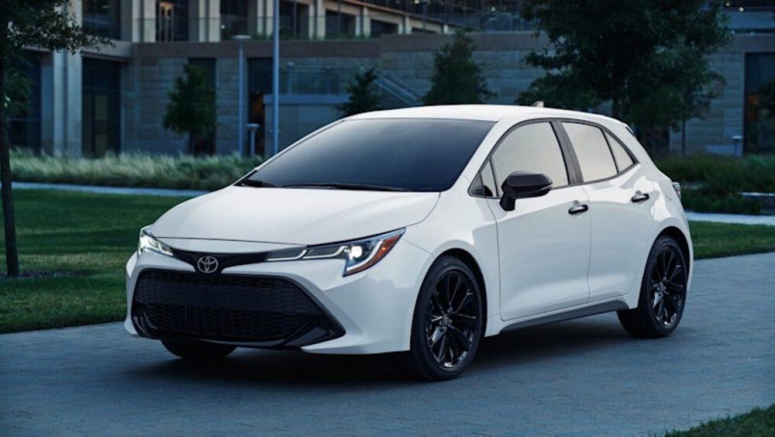 The past few months have been full of lust and clamoring for a U.S. version of the Toyota GR Yaris that debuted at this year's Tokyo Auto Salon for markets including Japan and Europe. Platform differences between our Yaris and the overseas model prevent all the possibilities here. However, one of Toyota's U.S. execs told Car and Driver in February that the automaker had "an answer" for our cravings, without specifying a model. C/D guessed the exec meant a hot Corolla, while other outlets put the C-HR up for candidacy. A new report in C/D says the Corolla is the one to get the hot hatch makeover, arriving here by 2022, the same year as the Corolla-based crossover leaked in a dealer presentation. Working with the same 1.6-liter turbocharged three-cylinder as in the GR Yaris, the Corolla will make 257 horsepower and well over 200 pound-feet of torque. The same engine is tuned to 268 hp and 273 pound-feet of torque for the Japanese GR Yaris, and 257 hp with 266 lb-ft in Europe.

Although we're already talking about a much peppier Corolla thanks to the engine swap alone, we should expect a GR Corolla could be a noticeably less aggressive animal than the GR Yaris. C/D doesn't believe the latter car's World-Rally-Championship-inspired all-wheel drive will make it here, a feature that helps the supermini get from zero to 62 miles per hour in 5.5 seconds, and the GR Yaris can be optioned with limited slip differentials on front and rear axles. That Corolla must make do sending its power to the front axle. Furthermore, the GR Yaris two-door weighs 2,822 pounds, a figure achieved with the help of aluminum hood, doors, and hatchback, plus a carbon fiber roof. The max curb weight for the standard four-door Yaris in the UK is 2,513 pounds. Our Corolla XSE, in a segment larger than the Yaris, weighs 3,060 pounds.

The good news is that the figures put this potential Corolla in league with the competition. The Hyundai Veloster N, for example, is front-wheel drive, comes with either 250 or 275 hp and 260 lb-ft, weighs 3,036 pounds when equipped with a six-speed manual, and rips off the sprint to 60 miles per hour in about six seconds. The Corolla, once given a whole lot more horsepower than found in its current "Dynamic Force" 2.0-liter four-cylinder producing 168 hp and 151 lb-ft., as well as better tools to harness that output, could be expected to lower its 8.2-second acceleration time to near the Veloster N's 5.5 seconds.

'Suspicious seeds' from overseas re...

Vaccine may be supplied in Japan in January-March

NHK has learned that Japan's first supply of an experimental coronavirus vaccine being developed by British pharmaceutical giant AstraZeneca may be provided between next January and March.Japanese health ministry officials reported the development to NHK. This is the first time that a schedule for...more

There are growing concerns about the long-term spread of coronavirus infection in Africa. The number of confirmed cases on the continent has topped 1 million. Japan has been helping Africa deal with the pandemic.The Noguchi Memorial Institute for Medical Research is located in Ghana. The Institute...more