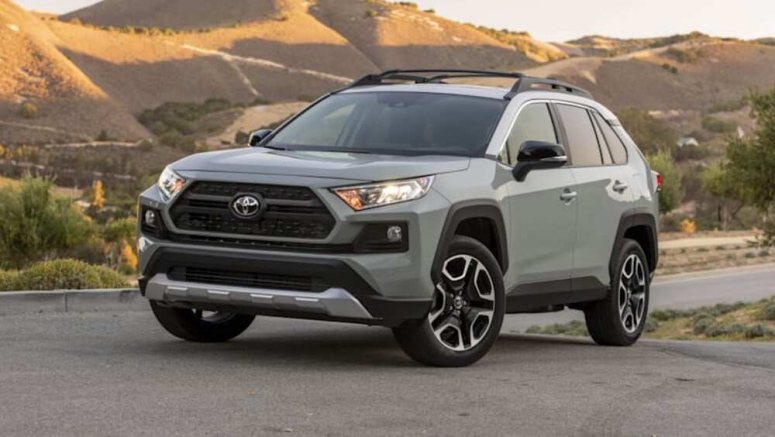 Toyota has issued a recall for certain 2019-2020 RAV4 and RAV4 hybrid crossovers due to the risk of defective suspension parts. In total, 9,502 vehicles might have cracked lower suspension parts that lead to a dangerous situation.

The National Highway Traffic Safety Administration (NHTSA) posted campaign No. 20V286000 on May 20, 2020. The recall states that "the front lower suspension arms may have cracks, which may result in the suspension arm separating from the front wheel assembly." Furthermore, a recall documents states, "if a vehicle is driven frequently with rapid acceleration and deceleration over its lifetime, an involved front lower suspension arm can eventually separate." Rapid acceleration and deceleration seem like pretty common occurrences in cars.

The identified issue with the parts is the result of manufacturing "from a specific slab of steel material by a specific supplier under certain production conditions." These materials were produced by Nippon Steel Corporation in Japan, and the cars using these materials were produced between September 25, 2019 through October 29, 2019. It includes 7,330 Toyota RAV4 models and 2,172 RAV4 hybrids.

The recall is expected to officially start on July 12, 2020. Toyota will alert owners and replace both front lower suspension arms for free. The notice comes less than a year after the RAV4 earned the highest possible safety rating from the Insurance Institute for Highway Safety (IIHS). For more information, visit NHTSA.