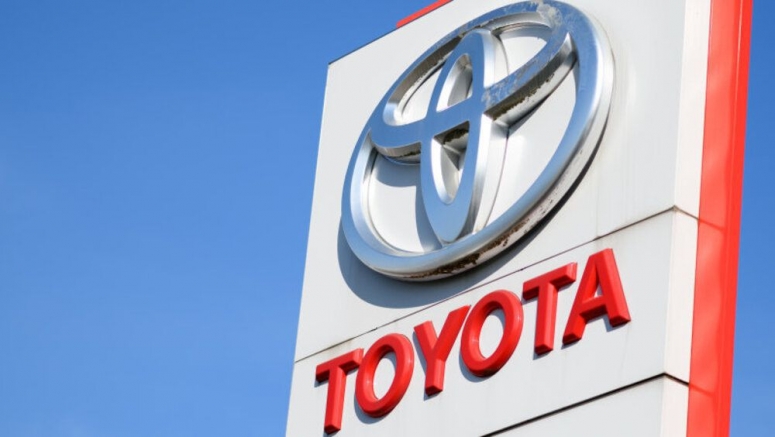 TOKYO — Toyota's July-September profit fell 11% from a year earlier as the coronavirus pandemic slammed global demand, but Japan's top automaker appeared to be holding up better than weaker rivals that have sunk into the red.

"Toyota has become gradually stronger," he said, offering gratitude and praise for how resilient Toyota has proven itself to be.

"This shows how each individual worked so hard," said Toyoda, the grandson of the automaker’s founder, vowing that each of its employees will keep thinking about contributing to a better world.

Toyota, based in Toyota city in Aichi, central Japan, said it expects to record a 1.4 trillion yen ($13.5 billion) profit for the fiscal year. It earlier projected 730 billion yen ($7 billion) in profit.

Toyota’s operating income fell in most regions, including Japan and other Asian markets, but improved in North America. Operating Officer Kenta Kon expressed caution about the U.S. outlook, given the rising coronavirus cases. But he said Toyota’s latest models were popular, and dealers were adjusting incentives to get good results.

All the world’s automakers have been slammed by shrinking demand as COVID-19 squelches economic activity. Some nations, including Japan, have sunk into recession.

Although uncertainties persist about further outbreaks and when a vaccine might be available, there are signs of recovery in some parts of the world. Japan has managed to keep pandemic-related deaths at fewer than 2,000. It has reported about 105,000 cases nationwide.

Also Friday, Tokyo-based Honda reported its fiscal second quarter profit rose 23% to 240.9 billion yen ($2.3 billion) from the previous year, despite some sales damage from the pandemic.

Japanese rival Nissan reports earnings next week. Nissan has been fighting to restore its brand image, after its former chairman, Carlos Ghosn, jumped bail in late 2019 while awaiting trial on financial misconduct charges.