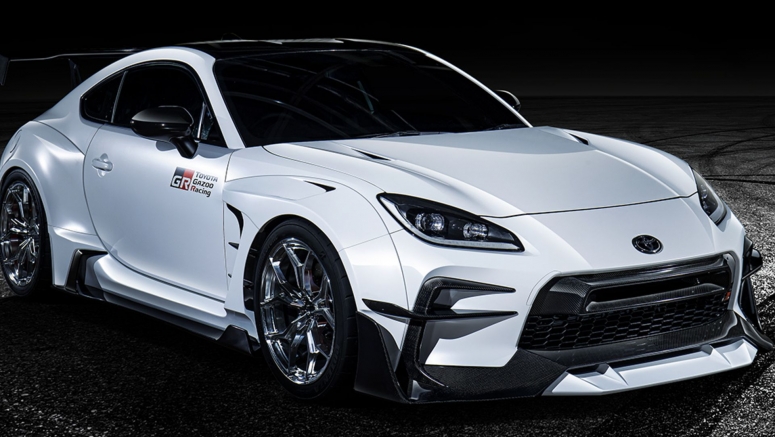 Toyota, by way of its performance Toyota Racing Development arm, has unveiled a pair of hotted-up GR 86 concepts. TRD created the pair of street fighters to showcase the parts that TRD is developing for the upcoming second-generation GR 86.

The former is the road-legal version of TRD's take on Toyota's lightweight, rear-wheel-drive sports coupe. It take the frankly somewhat plain styling of the GR 86 and adds an aggressive front lip, side skirts, and rear bumper. Naturally, there are canards and a rear deck spoiler as well.

Performance-wise, there's no mention of anything under the hood. However, the car has a TRD performance exhaust, adjustable suspension, GR monoblock brake calipers with vented rotors, and thin-spoked 19-inch TRD wheels.

Normally, we don't condone the addition of visual busy-ness, but it'd be a lot more fun to see this thing zipping down the freeway than the stock GR 86. We'd probably pass on that carbon-and-bolts fuel door though.