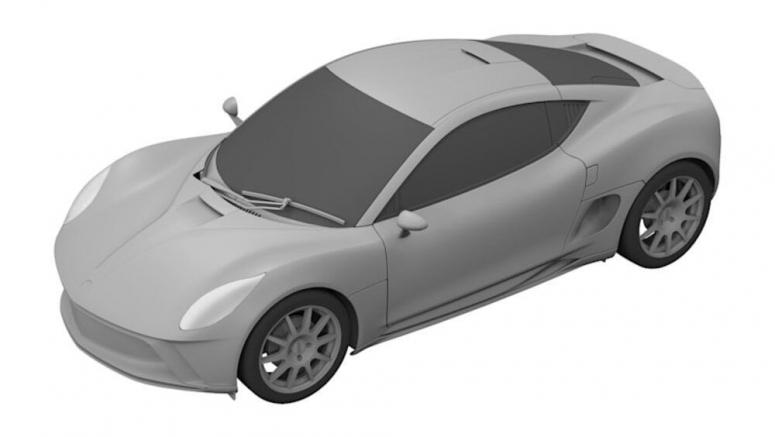 The mid-2010s saw motorcycle builder Yamaha release a couple of nifty little concept cars, a departure from its powersports vehicles and occasional assistance in developing engines for car companies. It led to the rumors that the company might actually bring a car to production, and it culminated in the beginning development of one with Gordon Murray, designer of the McLaren F1. Unfortunately, Yamaha revealed that project was canceled before we even saw a concept. But now a patent rendering of that very car has surfaced at the European Union's Intellectual Property Office, and while it's cool to see, it also reminds us how sad we are it was canceled.

The car is a curvy, mid-engine coupe. It almost looks a little Lotus-like. The proportions suggest it would have been quite small, similar to the Sports Ride concept coupe from 2015. Though significantly more toned-down than that concept, this stillborn Yamaha bears some interesting design cues such as the flush door handles, as well as the Y-shaped character lines on the hood. Those lines echo design cues from both the Sports Ride and Cross Hub. Extrapolating from the Sports Ride, this unnamed coupe could have been made using Murray's F1-inspired iStream production process and featured a rev-happy Yamaha motorcycle engine.

Apparently the project was canceled because Yamaha and Murray couldn't find a way to make the car profitable. Yamaha also made it clear that it's staying out of the car industry for the foreseeable future. And that's a shame, because Yamaha has shown it has the know-how and the creativity to create some really cool four-wheeled rides (that aren't ATVs or side-by-sides), and we'll never get one. On the plus side, Gordon Murray is still in the sports car game, and his T.50 supercar with ground effects and a 12,000-rpm V12 will be a heck of a consolation prize.