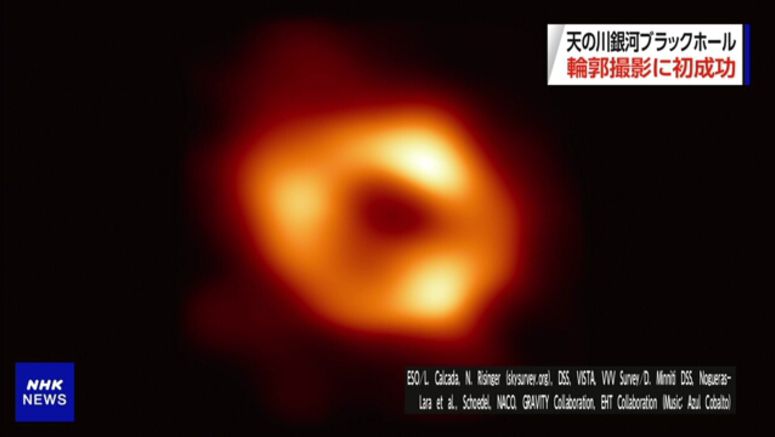 An international group of astronomers says it has captured the first image of a supermassive black hole at the center of the Milky Way galaxy.

The group, called the Event Horizon Telescope Collaboration, made the announcement on Thursday. The researchers say the image is an average composition of observations from a network of radio telescopes located at six observatories around the world.

Observing black holes is difficult as gravity prevents light from escaping them.

The group says the black hole in the Milky Way is about 27,000 light years from Earth in the direction of the Sagittarius constellation. A light year is the distance that light travels in one year.

The image released by the group shows a dark central region encircled by a bright ring-like structure of gas superheated by the pull of gravity.

The group says its observational data of the black hole matches conventional predictions -- it has a gravitational mass roughly 4 million times larger than that of the Sun and measures some 60 million kilometers in diameter.

In 2019, the group made public what it called the first image of a black hole at the center of a more distant galaxy.

The group says the latest image will offer important clues to help unravel how the Milky Way galaxy formed and evolved.