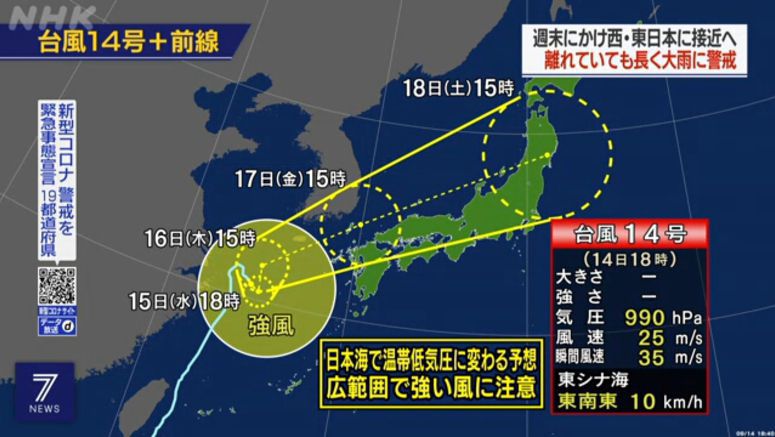 The Meteorological Agency said on Tuesday that the storm, now over the East China Sea, is likely to weaken and stay there until the next day.

The agency expects Chanthu to start moving east around Thursday, turn into a low-pressure system over the Sea of Japan, and approach western and eastern Japan toward the weekend.

The agency calls for caution, saying violent winds are possible in wide areas.

The officials say heavy rain is falling intermittently in southern Kyushu due to warm, humid air flowing into a front.

At Miyazaki Airport, 249.5 millimeters of rain fell in the six hours up to 12:20 a.m. Tuesday, a record high for September. Rainfall between Monday and 5 p.m. Tuesday reached 350 millimeters -- nearly 90 percent of the average for the month.

The officials warn of torrential rain in parts of western Japan, including Kyushu and Shikoku, until Wednesday morning.