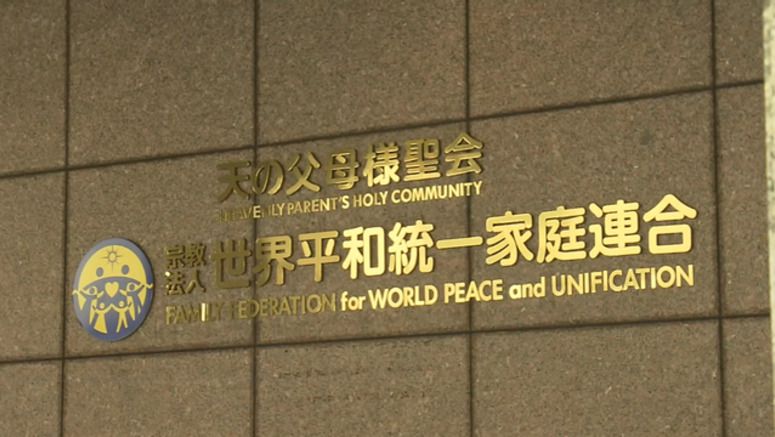 A religious group previously known as the Unification Church has announced what it calls a reform policy including a pledge to prevent excessive donations by its members.

A lawyer belonging to a network that supports former members of the group expressed doubt about the policy's credibility.

The group, now called the Family Federation for World Peace and Unification, announced the policy in a news conference at its Tokyo headquarters on Thursday.

Teshigawara Hideyuki, who heads the group's newly launched reform unit, said that while donating is noble, it should obviously not be excessive.

He said the group will thoroughly reimpose measures taken in 2009 when it stepped up its compliance.

They include not accepting excessive donations that would harm the livelihood of members and their families or result in their borrowing money to donate.

Teshigawara added that if donors request refunds, the group will deal with each case sincerely to resolve it as soon as possible.

Kawai Yasuo of the National Network of Lawyers Against Spiritual Sales, which offers legal advice for former members, called the policy merely an attempt to deflect criticism.

He pointed out that in 2009, when the group faced several criminal cases, it suddenly issued a compliance declaration.

He said that if the group really means what it says, it must fully examine its past conduct.

Kawai also said it's unclear what the group means by "excessive" donations. He added that its promises will have no credibility if it presents no concrete instructions from its headquarters in South Korea.