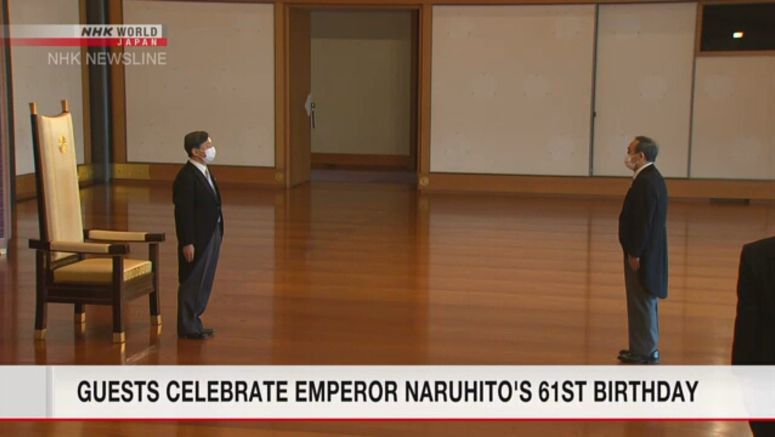 Japan's Emperor Naruhito met guests at a ceremony in the Imperial Palace to mark his 61st birthday on Tuesday.

Emperor Naruhito and Empress Masako entered the palace by car shortly after 10 a.m. They bowed to crowds of people who had gathered to celebrate the Emperor's birthday.

The Emperor received celebratory messages from guests including Prime Minister Suga Yoshihide and a representative from foreign ambassadors, in the Matsu-no-Ma State Room of the Imperial Palace.

Emperor Naruhito expressed his deep appreciation to the guests and said he wants them to take good care of themselves and continue their duties.

This year's birthday events for the Emperor were scaled down in an effort to prevent the spread of the coronavirus.

Emperor Naruhito's greetings to the public on the Imperial Palace grounds were canceled. No banquet was held to mark his birthday, either.