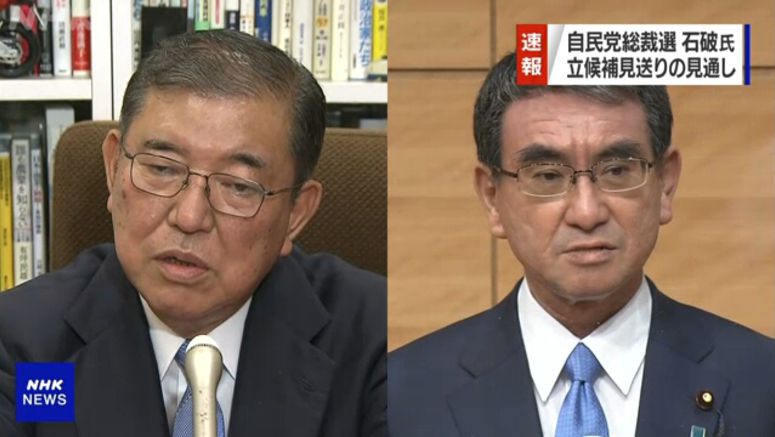 A former Secretary-General of Japan's main ruling Liberal Democratic Party will likely not run in the upcoming party leadership race that effectively chooses the country's next prime minister.

Ishiba Shigeru had been weighing whether to run in the leadership election, which officially kicks off on Friday.

Most lawmakers in his faction are cautious about his candidacy. He has run for leader four times in the past.

Ishiba met on Monday with Regulatory Reform Minister Kono Taro, who has already announced his candidacy. Kono sought Ishiba's cooperation in uniting the party when he wins the vote for LDP president.

Ishiba is expected to announce on Wednesday that he will not run in the election, and will instead back Kono.

LDP Executive Acting Secretary-General Noda Seiko is seeking the backing of 20 party members, which is required to enter the race.