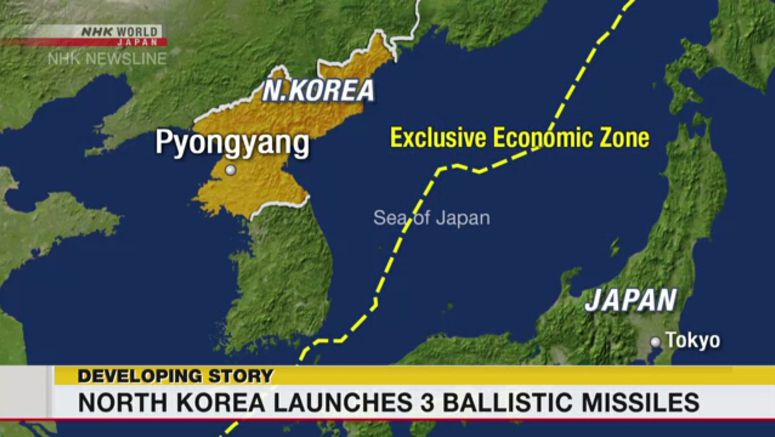 Kishi Nobuo told reporters that the missiles were launched from around the western coast of North Korea toward the Sea of Japan. He said they are estimated to have reached a maximum height of about 100 kilometers and flown around 350 kilometers before landing outside Japan's exclusive economic zone.

Kishi also said there were no reports of damage to aircraft or ships by the missiles.

Both the Japanese and South Korean governments have condemned the launch, calling it a threat to international peace and security.

North Korea has launched missiles every month this year.

The latest launch, the 15th this year, comes two days after the inauguration of South Korean President Yoon Suk-yeol, who pledged to enhance his country's deterrence against the North based on the South's alliance with the United States.

Yoon is scheduled to meet US President Joe Biden in Seoul on May 21.