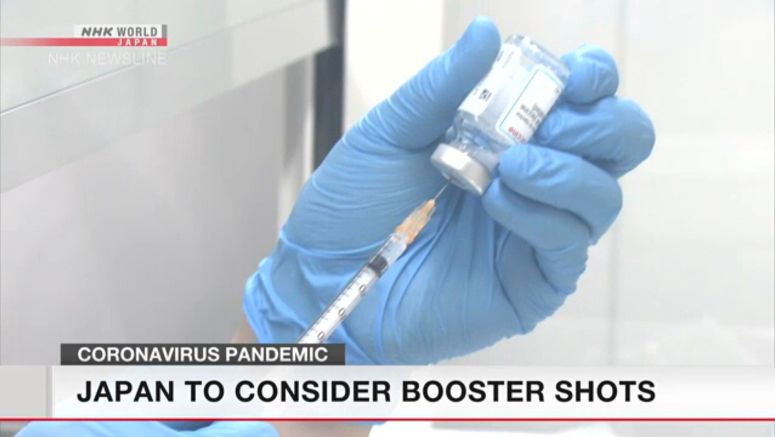 The number of new coronavirus cases in Japan continued to decline on Wednesday as the vaccine rollout makes steady progress.

The government is considering whether to offer third shots to enhance the effect of vaccines.

Authorities across Japan confirmed just over 6,800 new infections on Wednesday. The daily tally has been below 10,000 for six days in a row.

1,834 patients are in serious condition...71 fewer than Tuesday.

The declines come as 52.1 percent of the country's population have received their second jab.

The health minister plans to ask a panel of experts this week to discuss whether third shots are necessary.

Tamura Norihisa said, "Countries where vaccinations have progressed are also seeing a resurgence of infections as before. Experts warn that another wave of infection is highly possible as winter approaches."

Tamura says the government will consider vaccinating children under 12 after it obtains the results of clinical tests being conducted in the US.

The head of the government advisory panel is warning against prematurely relaxing anti-virus measures.

Omi Shigeru said, "If restrictions are suddenly eased after everyone who wants vaccinations receives them, surely there will be a rebound of infections. Restrictions on people's activities should be gradually relaxed after the state of emergency is lifted and the situation is stable."

Ninteen of the nation's 47 prefectures are under a state of emergency until the end of this month.

Strict anti-virus measures are also in effect in eight other prefectures.