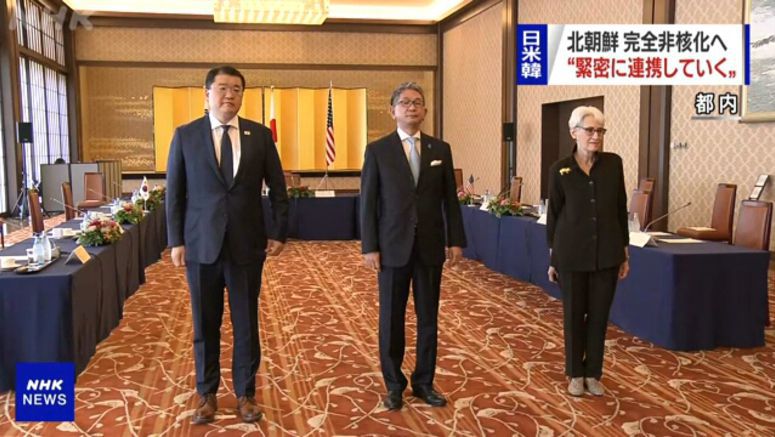 The vice foreign ministers of Japan, the United States and South Korea have reaffirmed their intention to continue working together in dealing with North Korea and China.

They exchanged opinions on a review by the administration of President Joe Biden of US policy on North Korea.

They agreed on the importance of fully implementing UN Security Council resolutions to completely denuclearize the North.

Mori sought cooperation from the US and South Korea in resolving the abductions of Japanese nationals by North Korea. Sherman and Choi pledged all-out support.

They agreed that the international community must unite against any unilateral attempts to change the status quo by force.

The officials also agreed to step up partnership and cooperation on global issues such as the coronavirus and climate change.