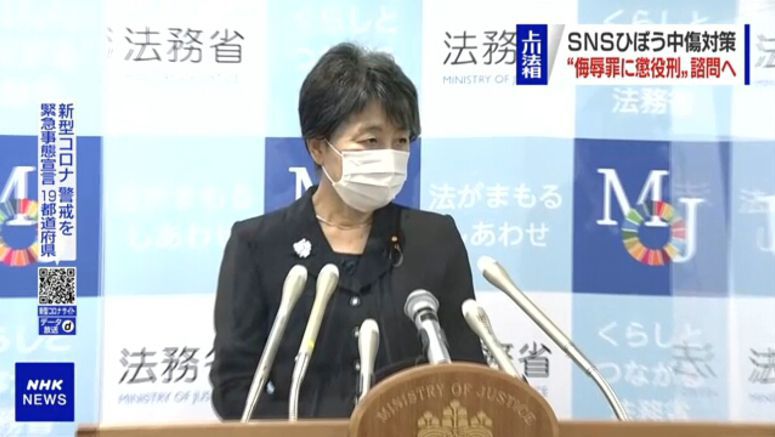 Kamikawa told reporters on Tuesday that she plans to ask her advisory panel about imposing harsher punishments on people who publicly express contempt for others.

She said online insults should never happen, as they lead to similar comments and possibly irreparable and serious infringements of human rights.

The minister said she wants imprisonment of up to one year or criminal fines up to the equivalent of about 2,700 dollars to be added to the current punishments for such violations.

If the stricter punishments are implemented, the statute of limitations would be extended from the current 1 year to 3.

The move is in response to calls for stronger measures after a reality show star who was cyberbullied killed herself last year.

In April, a law was revised to enable authorities to quickly identify people who post slanderous comments online.